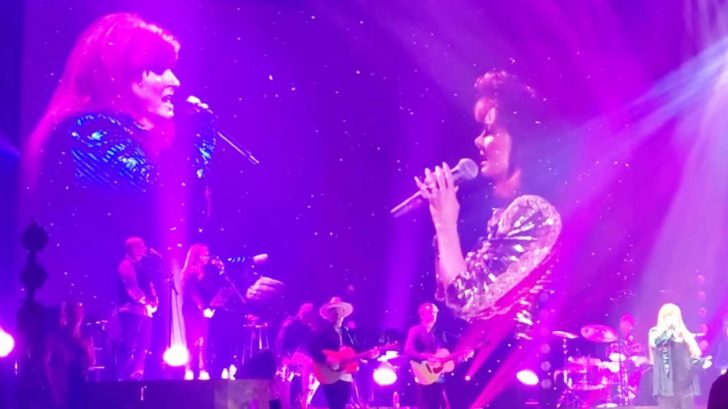 The Judds announced The Final Tour on April 11, 2022 with special guest Martina McBride.

Sadly, Naomi Judd passed away on April 30th. Wynonna and her sister Ashley Judd announced on social media that their beloved mother had passed away. As most know, Wynonna and Naomi make up award-winning mother-daughter country duo The Judds.

“Today we sisters experienced a tragedy. We lost our beautiful mother to the disease of mental illness. We are shattered. We are navigating profound grief and know that as we loved her, she was loved by her public. We are in unknown territory,” their joint statement read.

On May 19, The Judds’ Instagram account revealed that The Final Tour would be going forward with the help of some very special guests: Brandi Carlile, Faith Hill, Little Big Town, Ashley McBryde, and Trisha Yearwood.

It kicked off on September 30th in Michigan, so rehearsals have been going on for a while.

While speaking to the Associated Press prior to the first show, Wynonna said, “It’s devastatingly beautiful to go back to the past and relive some of these memories. Yesterday I was in rehearsal and there’s a part in the show where they sync up Mom singing with me. And I turned around and I just lost it.”

The tour, the family has said, is a way to grieve and reflect on Naomi’s life and contributions to country music. Naomi’s spirit will be very apparent in the show, with lots of photos and voiceovers being included.

Larry Strickland, Naomi’s husband, said he isn’t sure how much of the show he can handle, seeing as just seeing photos of her makes him emotional. But he knows that being on stage is what Naomi loved.

He said, “She loved being on the stage and singing. She loved people. And she would do her twisting and twirling. She was the harmony singer. She was all about her hair and the little dresses that she would have made. And so that was her world.”

One big number in their show, which Wynonna spoke of before, is “Love Can Build A Bridge.” Wynonna had Carlile and her sister Ashley on stage singing backup vocals, and footage of her mom played on the screen and her voice was heard harmonizing with Wynonna, which brought tears to our eyes.