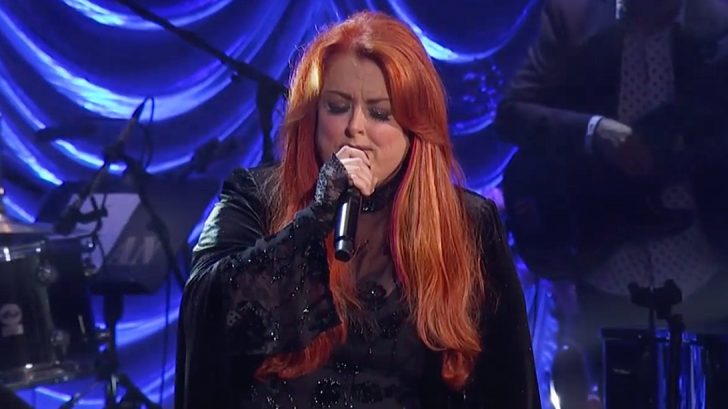 Wynonna Judd announced Monday (October 24) that The Judds: The Final Tour has added an additional 15 stops, extending the tour into 2023.

Wynonna appeared on the TODAY Show and told hosts Hoda Kotb and Jenna Bush Hager that the first leg of the tour has helped her heal in ways that she never expected.

“I get really sad and I get stuck in my own head…and I go out on stage and I look out and I see a mother-daughter with vintage, we don’t say old, t-shirts and all of a sudden things are better,” the singer said. “I just feel better. I think you have to reach out for help, and the fans are literally helping me through stuff that I would have to do on my own. I feel like they’re standing in the gap for me. They’re praying for me and I read their notes and I just feel loved. It’s the greatest like therapy in the history of mankind.”

The Judds’ tour was originally planned and scheduled prior to Naomi Judd’s death on April 30. During a public memorial service two weeks later, Wynonna announced that she planned to honor the dates the duo had scheduled.

Naomi’s widower, Larry Strickland, said that he was pleased that Wynonna was continuing the tour. “I am so happy that in this time of grief for us all, Wynonna has agreed to move forward with this tour as my sweet wife Naomi would have wanted her to do.”

The original 11-city tour featured opening act Martina McBride along with special guests at each stop that included Brandi Carlile, Trisha Yearwood, Little Big Town, Ashley McBryde and more. The Judds: The Final Tour has seen massive success since it’s launch on September 30 as fans arrive to support Wynonna and celebrate the life and legacy of Naomi Judd. As a result, the tour was extended so that more fans have the opportunity to see their favorite Judds hits performed live.

The newly added tour dates will also feature special appearances from Brandi Carlile, Ashley McBryde, Martina McBride, Kelsea Ballerini, and Little Big Town, with the promise that more guests and concert stops will be announced at a later date.

Tickets for 2023 dates of The Judds: The Final Tour are available for purchase HERE.