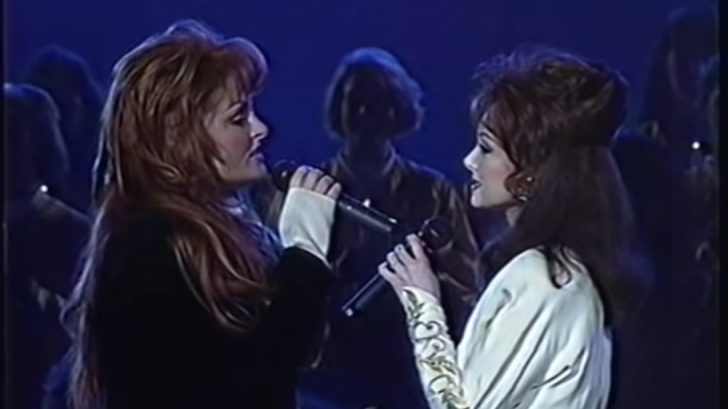 1994 was a big year for the Dallas Cowboys and for country music. The Cowboys beat the Buffalo Bills to win their fourth Super Bowl title and some of country music’s biggest stars were on-hand to deliver an epic Super Bowl halftime performance.

The halftime show, titled “Rockin’ Country Sunday,” featured a dynamic lineup of country artists including Clint Black, Tanya Tucker, Travis Tritt and Wynonna Judd. Black was riding high on the success of his first two albums that had sold more than 5 million copies and kicked off the halftime show with “Tuckered Out.”

Tanya Tucker followed with a sassy performance of her 1992 hit “It’s a Little Too Late.” Then came Travis Tritt who brought the house down with a rockin’ performance of his dance-worthy tune “T-R-O-U-B-L-E.” Wynonna Judd, who was dominating country charts as a solo artist after The Judds disbanded in 1991, followed Tritt to sing “No One Else On Earth,” a single that was Billboard’s No. 1 country song of 1991.

But, the highlight of the show was when Naomi Judd made a surprise appearance and joined Wynonna on stage to close out the halftime concert with The Judds’ hit, “Love Can Build a Bridge.” The crowd erupted in applause as Naomi, dressed in white, walked onto the stage. The entire stadium seemed to sing along as The Judds were joined by Clint Black, Lisa Hartman Black, Tanya Tucker, Travis Tritt, Ashley Judd, Stevie Wonder, football great Joe Namath, and more to sing the familiar anthem.

Several country artists have had the honor of singing the National Anthem prior to Super Bowl kickoff, but few have had the opportunity to perform during the Super Bowl halftime show. Shania Twain is the only country singer other than those listed above who have been asked to deliver a halftime performance, but she shared the show time with No Doubt and Sting in 2003. that fact makes the country-themed halftime show of 1994 that much more epic.