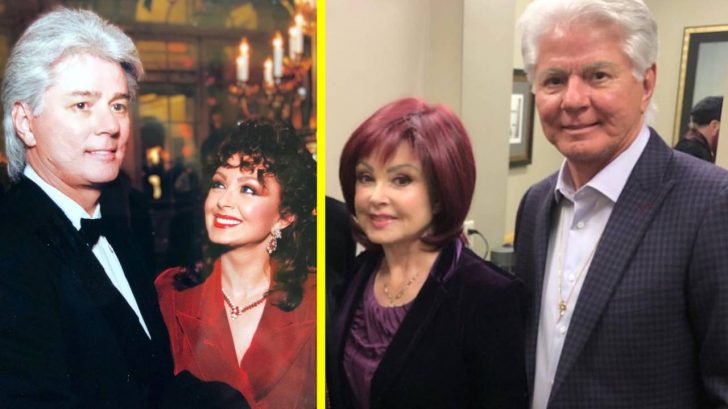 On Sunday (May 15), the Ryman Auditorium played host to a public memorial service for Naomi Judd. Numerous tribute performances were given by Emmylou Harris, Ashley McBryde, Little Big Town, Brandi Carlile, and Wynonna Judd. Wynnona closed out the service with a touching rendition of her hit song with her mom, “Love Can Build A Bridge.”

Of course, Naomi’s other daughter Ashley was also there and said a few words. This appearance comes just days after her tearful interview with Diane Sawyer about the manner in which Naomi Judd ended her life – a self-inflicted firearm wound.

The sisters were also joined on stage by the man who they lovingly call “Pop,” Naomi’s husband of over 30 years, Larry Strickland.

Making his first public appearance since his wife’s passing, Larry took the mic to say a few words about his wife.

“Naomi never met a stranger, ” he said. “Much to my displeasure, she would start a conversation with anyone who made eye contact with her, and we would end up standing 10, 20, 30 minutes on a sidewalk while she talked to a complete stranger about their passions and their dog.”

He shared an email he received from a man who had met Naomi just recently on a flight from Vienna to Nashville. She was traveling alone, which was rare, but it was to make it back in time for the Country Music Hall of Fame induction, which was held one day after she passed away on April 30.

He read the email:

“‘Larry, you don’t know me, we’ve never met, but I was fortunate enough to meet your late wife recently who for some reason only she knew gave me your card.”

The email continued as the man described the “entertaining, fascinating and enlightening” conversation he had with the country legend, who he didn’t know was the least bit famous!

“Obviously I didn’t know Naomi at all, but I can tell you she spoke highly and warmly of you and the life you shared together. Rest assured she loved you and had no qualms about telling me, a stranger on a plane, that was so. I do hope you forgive this intrusion from a complete stranger at this difficult time. It was the measure of the impact that your wife had me that compelled me to write.”

Larry said, “I was really scared to death about her flying alone all the way from Vienna back to Nashville cause I knew how fragile she was…This email was such a relief and comfort to me. Well, she made the flight home back to Nashville without any problem.”

Our thoughts and prayers will continue to be with Larry, Wynonna, and Ashley during this time.