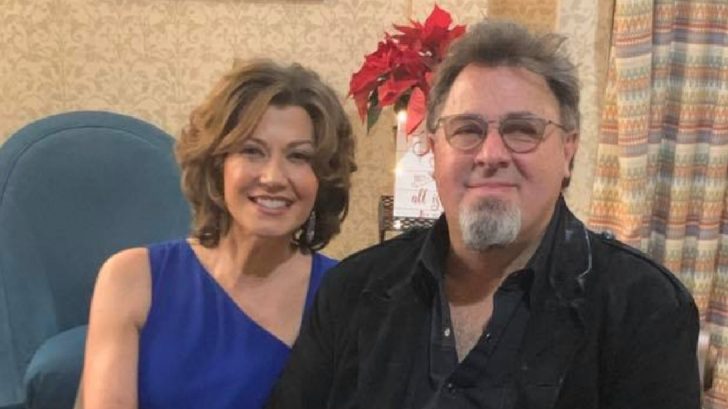 Contemporary christian singer-songwriter Amy Grant is recovering after a bicycle accident landed her in a Nashville area hospital 10 days ago (July 27).

According to Grant’s team, she was riding her bicycle with a friend on the south side of Nashville when she hit a pothole. The 61-year-old, who was wearing a helmet, was transported via ambulance to Vanderbilt University Medical Center in Nashville for treatment and was admitted in stable condition with “cuts, lacerations and bruises.”

The following day, a statement was posted to Amy’s social media pages stating that the singer was in stable condition and would be continuing her recovery at home.

Few details have been shared about Grant’s accident or updates on her condition since her release from the hospital. But, the “Baby, Baby” singer’s step-daughter, Jenny Gill, told her Instagram followers in an IG story posted Wednesday, August 3, that Amy is “doing really good. It’s slow, gradual improvements, but we’re moving in the right direction. Your prayers are working.”

Amy Grant canceled all of her August concerts following her accident and her husband Vince Gill canceled the remainder of his July shows to be with her. Gill returned to the stage Thursday (August 4) to kick off his four-night residency at Nashville’s Ryman Auditorium.

During his four-hour Ryman show, Vince brought his and Amy’s daughter, Corrina, on stage to sing background vocals and sing a tribute song to her mom. Prior to introducing Corrina, Gill shared some details about his wife’s bicycle accident saying:

“My bride Amy is doing fine. She had a bicycle wreck last Wednesday over in Percy Warner Park, and thank God she was wearing a helmet. She was knocked unconscious for 10 or 15 minutes.”

A post made by Amy Grant’s team to her Facebook page also added that she suffered a concussion and various cuts and bruises.

It was clear that Vince was still struggling with emotions over the crash, and he fought back tears as Corrina performed a song Vince had written for his wife called, “When My Amy Prays.” For her performance, Corrina changed the words to “When My Momma Prays.” Corrina’s beautiful rendition of her dad’s song brought the crowd to their feet.

The emotional performance was captured on video and shared on Facebook by Amy Grant’s team. Check it out below.