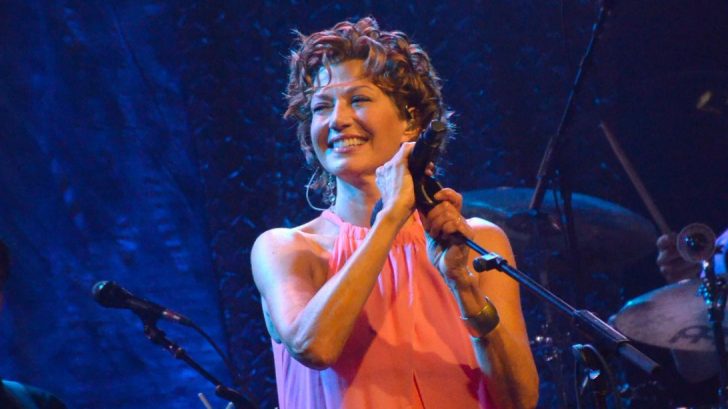 Amy Grant is recovering following a bicycle accident earlier this week. The singer-songwriter is home recovering after a brief hospitalization, but has postponed all of her August concerts, per doctor’s orders.

The 61-year-old musician was riding her bicycle with a friend on the south side of Nashville Wednesday afternoon (July 27) when she fell. Grant was transported via ambulance to Vanderbilt University Medical Center in Nashville for treatment and was admitted in stable condition with “cuts, lacerations and bruises,” her team told local media at the time, adding that she was wearing a helmet at the time of her fall.

On Thursday (July 28), the “Baby, Baby” singer’s team posted an update on her condition to social media and thanked fans for their prayers and supports.

“Thank you to all those offering prayers and well wishes for Amy after her bike crash yesterday,” the post reads. “She is in the hospital receiving treatment, but is in stable condition. She is expected to go home later this week where she can continue to heal. Your kind thoughts and heartfelt prayers are felt and received.”

In an email sent to media on Friday, Grant’s publicist shared that the singer’s fall was caused by a pothole. She was hospitalized briefly and has since been released. “Doctors have ordered additional recovery time at home for Amy, where she is now resting comfortably.”

The email also stated that Grant has had to postpone her upcoming August concerts that include dates in Knoxville, Chattanooga, Johnson City, and Wilmington. Those shows have been rescheduled for April and June 2023.

Grant’s husband of 22 years, Vince Gill, also canceled a series of upcoming concerts due to the family emergency. Unfortunately, these shows will not be rescheduled.

A representative for Gill confirmed that Gill’s concerts planned for Thursday, July 28 at the Ovens Auditorium in Charlotte, NC, Friday, July 29, and Saturday, July 30 at the Capitol One Hall in Tysons, VA were canceled. The next dates on Vince’s calendar are in early August when he will return to the Mother Church of Country Music, the Ryman Auditorium, for a four-night residency. He will perform August 4-7 with opening act Wendy Moten of “The Voice” fame.