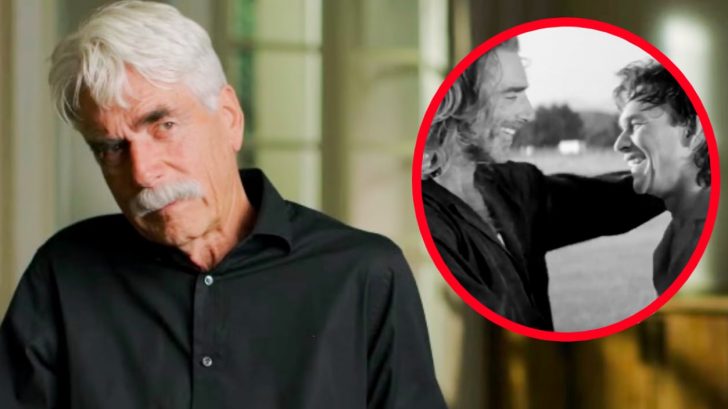 In his 57 short years on this Earth, Patrick Swayze earned a reputation as one of the most talented and respected actors in Hollywood. Known for his iconic roles in films such as Dirty Dancing, Ghost, and Road House, he was beloved by millions of fans and his many co-stars.

Now, those co-stars have joined together to honor Swayze through a new documentary film titled I Am Patrick Swazye.

The movie’s trailer features footage of Swayze from some of his most memorable films. Also seen in the trailer are small interviews with his widow, Lisa Niemi, and his famous co-stars, including Demi Moore, Jennifer Grey, and Sam Elliott.

Elliott and Swayze appeared together in the 1989 action flick Road House, in which Swayze played Dalton, a bouncer at a roadside bar. As for Elliott, he played Dalton’s mentor Wade Garrett.

Elliott himself is regarded as one of the most prolific actors there is. So when you hear him praise Swayze’s talents in the trailer for I Am Patrick Swayze, you know his words carry a lot of weight.

He appears in the trailer for just a split second, but that short moment is enough to let you know how much he admired Swayze. While fondly remembering his former co-star, Elliott said, “I remember watching Patrick and thinking, that was so good.”

Those thoughts were echoed by all who ever worked with Patrick, as you can see when you watch the trailer for I Am Patrick Swayze below.

If you’re as anxious to see this film as we are, you thankfully don’t have to wait. And you don’t even have to go to the theater!

The movie debuted on August 19, 2019 at 9 PM ET on the Paramount Network. Finish watching the trailer, then let us know if you’ll be catching the film when it airs again. We know we’ll be tuned in!