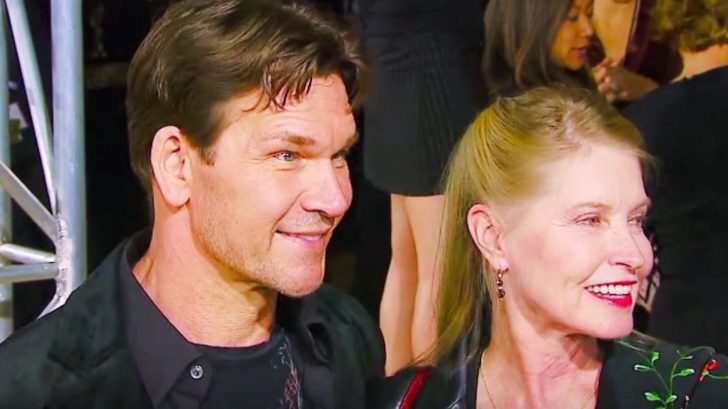 On August 18, a new film about actor, dancer, and singer Patrick Swayze aired on the Paramount Network. The film, titled I Am Patrick Swayze, followed the talented star throughout his life and career, and featured commentary from some of his famous co-stars, including Demi Moore, Sam Elliott, and Jennifer Grey.

Another person who provided commentary for the film was Patrick’s widow, Lisa Niemi. Patrick and Lisa married in 1975, and were together until Patrick’s death in 2009.

The pair never had any children. Based on how in love they seemed, fans always wondered why that was the case.

As she was filming for I Am Patrick Swayze, Lisa shared the reason why she and Patrick never started a family. It turns out they dreamed of having kids, but a tragedy shattered that dream for them.

“Both of us loved kids and always intended to have kids,” Lisa says in the documentary. She went on to share that she did become pregnant, but lost the baby. “It was very heartbreaking,” she said.

Lisa said they kept trying to conceive, but that before she knew it, she was “too old” to get pregnant again, which devastated her and Patrick. She brought up the possibility of adoption, which prompted an emotional response from her husband.

“But you know I said ‘you know, how would you feel about adopting?’ He got very teary eyed and he said ‘I want to have children with you,'” Lisa recalled.

Remembering a wonderful man 2day & what would have been our 44th anniversary. Use 2 b these events laid-me-out for weeks. But this afternoon I feel melancholy, but full of luv & celebration 4 what we had & what still lies in our hearts. Love doesn't die. He still makes me smile. pic.twitter.com/cKtwEhM1J6

Those closest to Patrick knew he had always dreamed of being a father. His brother, Don, said in the film it “crushed” Patrick when he and Lisa lost the baby. Patrick’s manager, Kate Edwards, explained why fatherhood meant so much to him, saying he “wanted to be as good a father to his child as his dad had been to him.”

Even though Patrick and Lisa never had any kids, he acted as a “father” to the many animals they cared for on their ranch.

“He was daddy to all the animals on the ranch, those were like our kids,” Lisa said. “There’s a lot of love to give. It’s wonderful to have all these wonderful little beings around to give it to. That’s where it went.“

You can feel the love that Patrick had for his animals and his work when you watch the trailer for I Am Patrick Swayze below. He was a remarkable person, and he is so dearly missed.