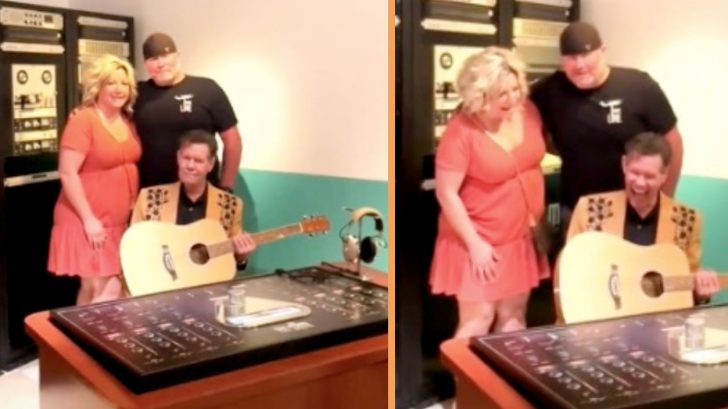 The Madame Tussauds Wax Museum opened in Nashville in 2017. Those who visit the museum can pose for photos with wax figures of their favorite country artists, including Reba McEntire, Patsy Cline, and Luke Bryan.

Madame Tussauds is known for creating lifelike wax figures of celebrities and historical figures. People are often amazed at the uncanny resemblance between the figures and their real-life counterparts.

Since the wax figures look so realistic, a few country singers have snuck in to Madame Tussauds to surprise their fans. For example, both Kellie Pickler and Darius Rucker have pretended to pose as their wax figures to prank unsuspecting visitors.

The singers would stand still as fans approached them to take a picture. Then they’d suddenly speak or move, and the fans’ reactions were priceless.

Once the fans got over their initial surprise, they were overjoyed to be in the presence of the real-life Pickler and Rucker.

More recently, country music legend Randy Travis stopped by Madame Tussauds to surprise some of his fans. Travis took a seat behind a desk and propped his guitar in his lap, then kept still as people approached him for photos.

One of the funniest moments was when a person taking a picture told everyone to say “cheese!” and Travis spoke too. The fans taking the photo with him freaked out when they realized he wasn’t a wax figure…he was the real-life Randy Travis!

Check out the video below to watch how Travis surprised his fans at Madame Tussauds. That must have been so much fun to do!

We visited @madametussaudsusa in Nashville and I pretended to be my wax figure to surprise the guests! ##countrymusic ##waxfigure ##randytravis