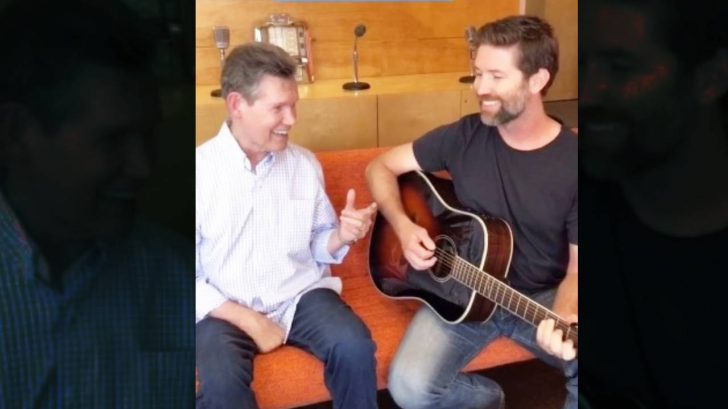 Turner is a known admirer of Travis and has even performed with him several times over the years. In more recent years, due to a debilitating stroke in 2013, Travis’s appearances – let alone performances – have been few and far between.

Just one week before the album’s release, Turner and Travis stopped by The Bobby Bones Show to perform “Forever and Ever, Amen” live on the radio.

In the clip, Turner sings the last chorus of “Forever and Ever, Amen” while Travis points to him with a big smile on his face. There is text on the video that reads, “Wait for the end!”

At the very end, Travis sing the final “Amen,” just like he does in their new recording together.

Watch the Tik Tok video below!

Brand new music out from my friend @joshturnermusic today! I’m proud to guest on his version of ##ForeverandEverAmen ##countrymusic ##randytravis ##legend