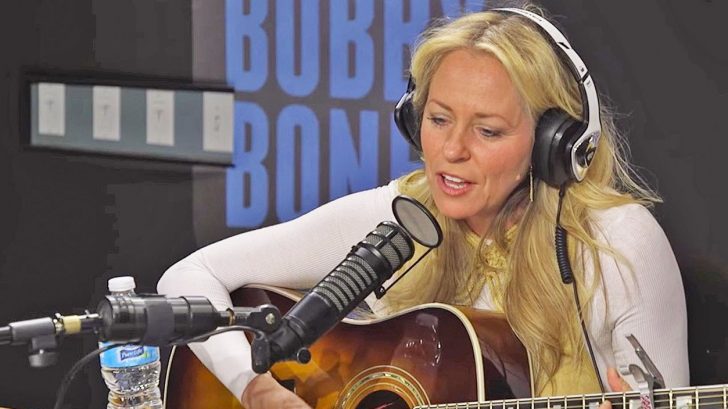 The Strength Of “Strawberry Wine”

A little over 20 years ago, a young woman from Tennessee made her country music debut with a song that no one else had wanted. That song was “Strawberry Wine” and that young woman was Deana Carter.

Matraca Berg, who co-wrote “Strawberry Wine,” pitched it to various record labels in Nashville, but no one wanted to pick it up.

Just when it seemed like the song would go unrecorded, that’s when Carter came along. She heard Berg performing it at a showcase and knew then and there that she wanted to cut it for her first album.

“Strawberry Wine” was released in 1996 as the first single off of Carter’s debut album. Did I Shave My Legs For This?

It was a major hit, and claimed the top spot on the country charts in both the U.S. and Canada. In 1997, both the CMA Awards and the Nashville Songwriters Association named “Strawberry Wine” as the Song of the Year.

Still So Good, Even After All These Years

Today, “Strawberry Wine” remains Carter’s most successful single and is considered to be her signature piece. So in celebration of her debut album’s 20th anniversary, Carter decided to perform “Strawberry Wine” when she stopped by The Bobby Bones Show.

With her acoustic guitar in hand, Carter delivered a simple and short performance of her signature song. The unplugged arrangement gave Carter the chance to show off the raw beauty of her voice, which hasn’t lost an ounce of power since she made her debut 20 years ago.

Carter sang with a smile on her face the entire time, and you’re sure to smile when you watch her little performance below. You’re also sure to get goosebumps because her performance is just that good.

Go ahead and tune in below to watch Carter’s acoustic performance of “Strawberry Wine.” This is the type of stuff we love to watch!