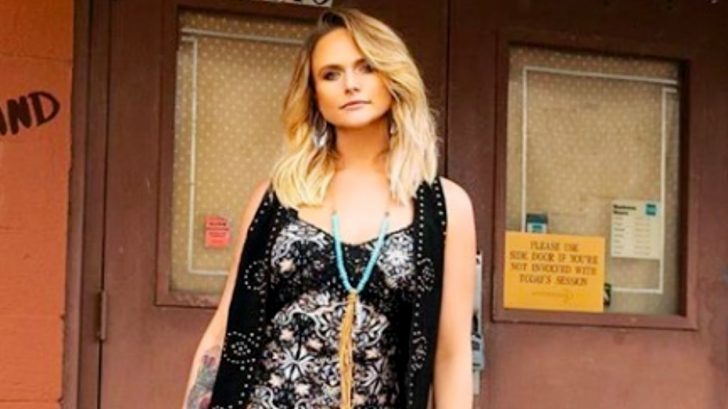 In the nearly seven years since her divorce from fellow country singer Blake Shelton, Miranda Lambert has kept their very public split as private as possible. But, in a new interview with CBS, the “Tin Man” singer made a rare statement regarding the end of their five-year marriage.

While speaking to CBS News about her new album, Palomino, Lambert briefly addressed the tabloid mania surrounding their divorce, saying:

“I wasn’t prepared for that. I don’t think anybody is. And it’s not nice sometimes, but I think you got to take it with a grain of salt and know that…I’m a singer-songwriter so luckily I can tell my whole truth. I will not lie in my music,” Miranda said.

When told that she seems a lot happier now, Lambert credited her happiness to age.

“I’ve also grown up and I’ve learned a lot about myself,” Miranda said in the video posted below. “I think at some point you just start to settle into who you are. I think that’s why you feel that peace coming from me…because I feel at peace with myself.”

“This redneck from Texas meets this beautiful NYPD officer on the street in New York. But, it actually happened that way,” Lambert said laughing.

Brendan McLoughlin has starred in a few of his wife’s music videos since their nuptials, including “If I Was a Cowboy,” “Tequila Does,” and a song he inspired called “Settling Down.”

In a 2020 interview with Kelly Ford in the Morning, Miranda spoke about having her significant other star in a music video for the first time in her career.

“I’ve never had a video in 18 years in the business with a love interest, so it’s kind of funny that my husband is the first one.”

When it came to asking McLoughlin to participate, it was a no-brainer as he was “cute” and “free.” The couple said they enjoyed making the video together at her “magical happy place” near Nashville.