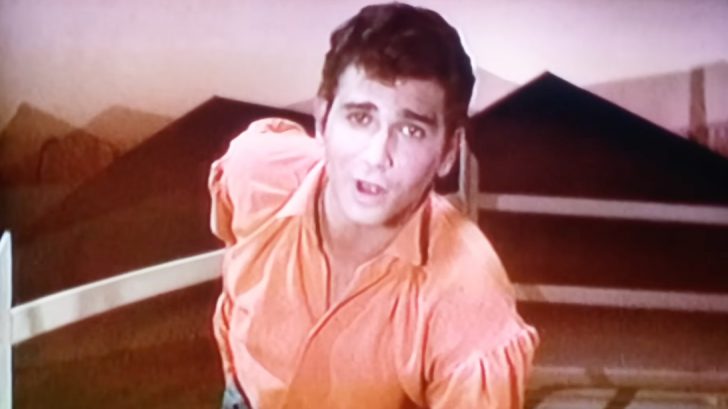 Michael Landon is best known for his roles in television hits like “Bonanza” and “Little House on the Prairie.” But, few know that the actor also had a brief career as a pop star.

Prior to landing the role of Little Joe Cartwright in “Bonanza,” a role that would launch him to superstardom, Michael Landon made brief appearances in show such as “Cheyenne,” “Tales of Wells Fargo,” “Rifleman,” and “Wanted Dead or Alive.” In 1957 he starred in the movie “I Was a Teenage Werewolf,” his first lead film role.

While just beginning to be recognized for “I Was a Teenage Werewolf,” Landon released his first song…a single called “Gimme a Little Kiss (Will “Ya” Huh).” The song charted in Canada in 1957, but failed to make the U.S Hot 100.

In 1964, while riding high on the success of “Bonanza,” Landon released another single called “Linda Is Lonesome”/”Without You.”  All of Michael Landon’s singles have since been included on Bonanza various artists compilation albums.

When Michael Landon’s acting career took off, his singing career was put on the back burner.

Michael Landon appeared on “Bonanza” for 14 seasons from 1959 to 1973, and on “Little House on the Prairie” for 9 seasons from 1974 to 1983. His acting schedule didn’t leave much time for other career endeavors like singing. But, that doesn’t mean he never sang again. In fact, Landon had the opportunity to sing on numerous occasions, even making special appearances to perform on The Dean Martin Show, The Donny & Marie Show, and on the television variety show Hullabaloo.

In 1980, Landon appeared in The Republican Boys Choir for a Salute to Ronald Regan. The actor was joined by Charlton Heston, Dean Martin, Pat Boone, Fred MacMurray, Robert Stack and Buddy Ebsen for an entertaining musical tribute.

Michael Landon would go on to become on of the most beloved actors of the century due to his portrayal of Little Joe in “Bonanza” and Charles Ingalls in “Little House on the Prairie.” Unfortunately for his fans, recordings of him singing are few and he reportedly never tried to resurrect his singing career after finding success as an actor and director.

One of Michael Landon’s most popular musical performances was his cover of the American folk tune “Shenandoah.” Hear Michael Landon sing it in the video below.