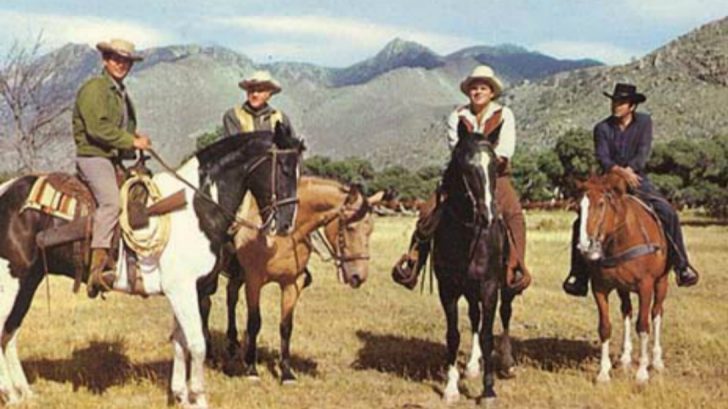 More than half a century after the iconic western television series Bonanza premiered, the location where the show’s opening sequence was filmed has sold for $38 million.

The 24-acre property located on Lake Tahoe’s Zephyr Cove looks much different than it did when the fictional Cartwright boys from Ponderosa Ranch rode their horses across the fields with the Sierra Nevada in the background. In 2004, two homes were built on the property, making significant changes to the landscape. Together, the homes have nine bedrooms and 9 1/2 bathrooms spanning more than 18,000 square feet.

The stone-clad mansions boast hand-carved fireplaces, chandeliers, picture windows overlooking the water, a wine cellar, movie theater, gym, and a billiards room were originally listed for $59 million in 2016 along with another property. “A series of price cuts divided the land brought the tag down to $39.9 million,” the LA Times reports.

The view most reminiscent of the property’s Bonzana history comes from the lake looking toward the home’s second-story back deck.

Bonanza is NBC’s longest-running western, lasting 14 seasons and 431 episodes, from 1959 to 1973. The show is credited with making Michael Landon a star as it was his first starring tv role. Landon appeared as Little Joe Cartwright for all 14 seasons, starring alongside Lorne Green, Pernell Roberts and Dan Blocker.

See photos of the stunning Lake Tahoe property where the opening sequence for Bonanza was filmed below.