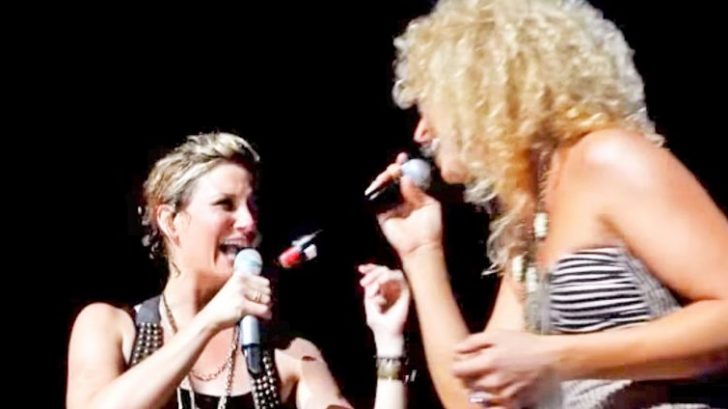 Following a visit to Memphis, Tennessee in 1986, Grammy-winning folk singer Marc Cohn felt inspired to write a song that we now know as “Walking in Memphis.” Cohn took the song to the 13th spot on the Billboard Hot 100 after its release in March 1991.

The popularity of the song increased thanks to a few notable covers, the first being by Cher in 1995. Her version was a big hit as well, and reached the 11th spot on the UK chart.

“Walking in Memphis” gained its country music connection in 2003, when the group Lonestar released their own rendition. Like the previous recordings, Lonestar’s version of “Walking in Memphis” was a major hit. The song reached the eighth spot on the Hot Country Songs chart and was also a crossover success.

As many versions of “Walking in Memphis” as there are out there, we bet you’ve never heard it like you’re about to in the clip below!

Back in 2010, country duo Sugarland decided to team up with what was then an up-and-coming group in the industry. That group was Little Big Town, who are now known as one of the leading groups in country music thanks to their breathtaking harmonies.

The group put those harmonies to use when they collaborated with Sugarland’s Jennifer Nettles and Kristian Bush for a show-stopping live performance of “Walking in Memphis.” They performed the song during a concert in Southaven, Mississippi in honor of Elvis Week, which was occurring at the time.

A few of the performers took the chance to showcase their individual vocals during small solo parts in their performance. Others teamed up to sing parts of the song in pairs, blending their voices together to create a brand new sound.

But the truly chill-inducing moments came when everyone on stage joined in and started singing together. Those harmonies are sure to send tingles up your spine!

No words could ever begin to do this performance justice, so we’ll just let you witness it with your own eyes and ears. You can do so by tuning in to the video below. The beginning of the video is from rehearsals, and the performance starts around the 2:45 mark.

After watching this, we’re itching to see all of these talented singers perform together again!