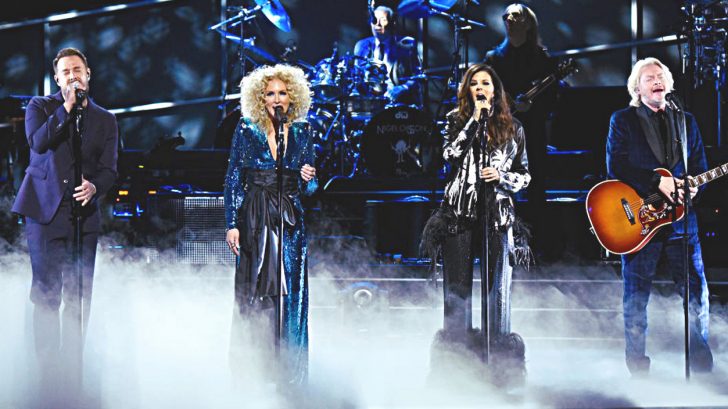 All About “Rocket Man”

It would be nearly impossible to pinpoint Elton John‘s all-time greatest song. But it doesn’t take much thought to come to the conclusion that “Rocket Man” is definitely one of his best and most popular.

Released in 1972, “Rocket Man” claimed the second spot on the UK Singles chart and the sixth spot on the Billboard Hot 100. Since then, the song has been used in a number of television shows and films, making it one of John’s most recognizable works.

So when it was announced that John’s songs were being covered by country artists for a new album titled Restoration, it was basically a given that “Rocket Man” would be included.

The album features a perfect mix of country legends and current stars, including Chris Stapleton, Willie Nelson, and Dolly Parton.

“Rocket Man” Gets A Country Restoration

When it came to “Rocket Man,” Little Big Town was the artist granted the honor of singing that song. It was a perfect choice, and you’ll soon hear why.

Jimi Westbrook sings lead vocals in the groups reimagined version of the song, while everyone else sings harmony. Those harmonies create a magical tone, one that plays perfectly on the theme of “Rocket Man.”

You’ll find yourself lost in the song as you listen to it, completely enchanted by the sounds you hear.

You just heard a sample of the group’s rendition in the clip above. Now, you can hear the whole thing by viewing their official music video for the song below.

Listening to Little Big Town sing “Rocket Man” makes it hard to imagine who else (other than John of course) could have performed the song and made it so dazzling. Those are the thoughts that will likely pop into your head when you listen to the group’s new version of “Rocket Man.”

Be sure to let us know what you think of it when you finish!