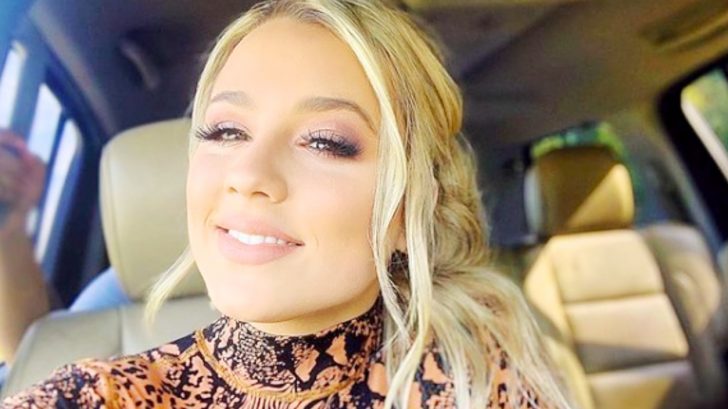 Congratulations are in order for American Idol alums Gabby Barrett and her husband Cade Foehner! The couple announced on Mother’s Day that they are expecting their second child…a boy!

“My son. ? Another LIFE we get to love and cherish. Happy Mothers Day!” Gabby captioned an ultrasound video of their baby. Foehner shared the same video with a caption that read, “Happy Mother’s Day to my amazing, strong, and fruitful Bride! @gabbybarrett She is currently carrying another precious life made in the image of God. A son to bear our name into the next generation. Our children will rise up and call her blessed, this husband also, praises her. Proverbs 31:28″

The news of the Foehner’s new addition comes a year after Gabby shared that she wasn’t sure that they would be growing their family right away.

“Definitely not soon…unless the Lord just decides he wants to give that, then I’m totally OK with that. But, we’ll probably wait a little bit and just kind of enjoy [Baylah] and enjoy getting back on the road and stuff,” the “I Hope” singer told ET. “But we’ll definitely be adding [to our family] for sure.”

Gabby Barrett and Cade Foehner met and fell in love as contestants on American Idol‘s 16th season in 2018. Cade was eliminated in the top five while Gabby finished third. Despite not taking home the Idol crown, the couple found each other. The pair got engaged in March 2019 and married in October of the same year.

Both were launched into country music stardom, with Gabby at the forefront and Cade happily supporting his wife as background vocalist and guitarist. Gabby’s debut single, “I Hope,” has been certified 5x platinum. In addition, her debut album Goldmine earned 15.98 million on-demand streams in its opening week, breaking the record for the largest streaming week ever for a debut country album by a woman.

Their son will join big sister Baylah Mae who was born to the couple in January 2021. Congratulations to Gabby and Cade on their growing family!