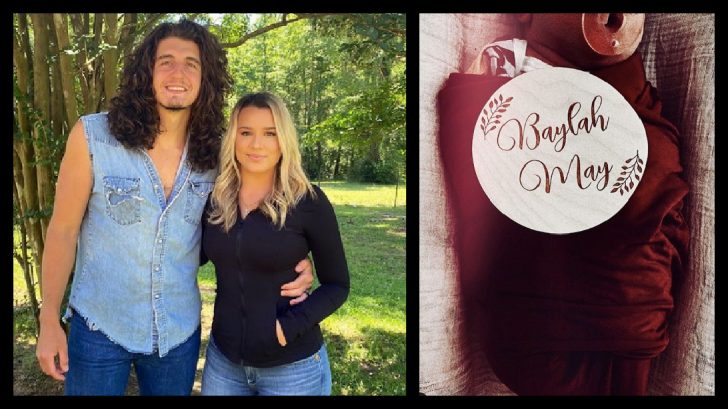 Congratulations are in order for American Idol alums Gabby Barrett and Cade Foehner. The couple welcomed their first child, a daughter named Baylah May, on January 18.

Cade and Gabby announced their daughter’s birth on social media along with a sweet photo of their new addition. Gabby’s caption read: “Gotten to spend a very sweet week with our newest addition…meet our girl. Baylah May Foeher.”

Cade shared the same photo, saying: “Baylah May Foehner. The Lord Jesus has given me so much that I scarce can believe it. Not only to be saved from sin because of His Gospel but to also be given a Wife who is not only my best friend in the whole wide world but who also has bore me a child. I am a blessed man beyond my understanding.”

Gabby and Cade met while both were competing on Season 16 of American Idol in 2018. Neither won the ultimate Idol title, though Barrett finished third and Foehner finished fifth. They got engaged in March of 2019 at the same hotel where they met while filming Idol, and wed the following October.

Less than a year later, the “I Hope” singer and her husband shared their baby news on social media, saying, “And then there were three…”

In an exclusive interview with PEOPLE, the couple shared that they found out while they were visiting Cade’s family in Texas. They had been praying about and hoping for a baby ever since they got married, so they were thrilled with the news.

“We are very excited,” Barrett tells PEOPLE. “The Lord has blessed us with a little one, and we’re really excited to finally be able to share the news with everybody and just have a big old family celebration about it.”

Cade and Gabby also revealed their reaction to finding out that their new addition would be a girl.

“I get to have two Gabbys!” Foehner says. “Ones not enough.”

“We were really excited whether it was a boy or a girl. I always wanted a girl growing up, as well as a boy, so to have a girl first is just really exciting. I hope she gets his hair — definitely not mine,” Gabby added.

Congratulations to Gabby and Cade, and welcome to the world, baby Baylah May!