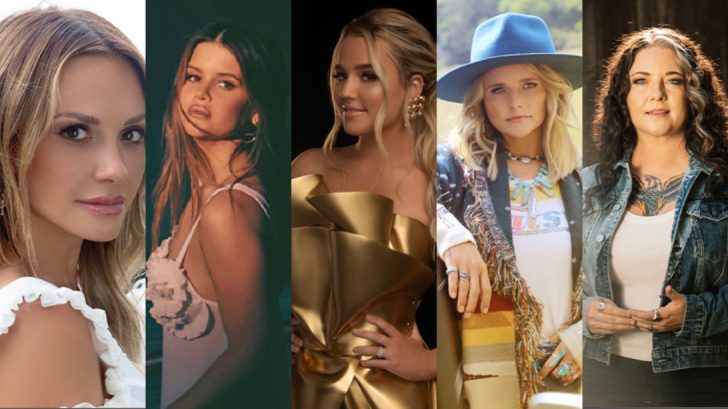 After a star-studded night of memorable performances and appearances, the Academy of Country Music has awarded one of the night’s most coveted trophies…Female Artist of the Year.

Vying for the Female Artist of the Year title this year were Ashley McBryde, Carly Pearce, Gabby Barrett, Maren Morris and Miranda Lambert. This marked the first Female Artist nomination for Gabby Barrett, and the second in the category for Ashley McBryde and Carly Pearce. It’s the fifth nod in this category for reigning Female Artist of the Year Maren Morris, and the sixteenth nod for Miranda Lambert who is the winningest artist in ACM Award show history with 34 trophies across numerous categories.

And the award went to…..CARLY PEARCE!

This is the first win in this category for Carly Pearce who is also the reigning CMA Female Vocalist of the Year. Her ACM win is the icing on the proverbial cake for the singer who became a member of the Grand Ole Opry in 2021 and released her third studio album, 29: Written in Stone, in September.

During her acceptance speech, Carly was clearly excited about her win. “Y’all, I truly don’t know how to put this into words to you, but this is all I’ve ever wanted to do in the whole world. And I feel like the last couple of years of my life, especially the last year, has been the craziest thing in the whole world. I feel so honored just to be a female amongst all of the females that I love so much.”