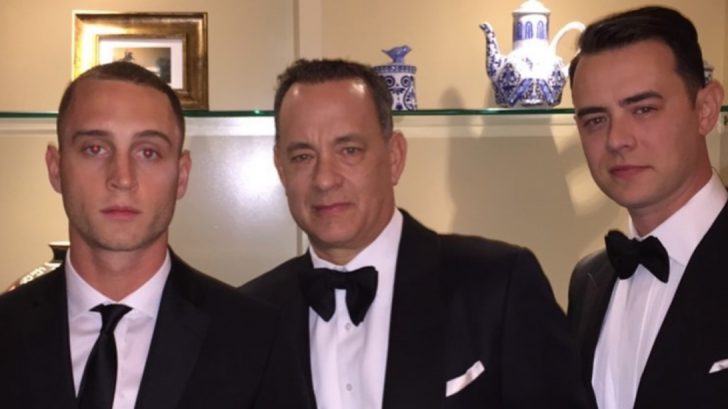 Chet Hanks, the oldest child of actors Tom Hanks and Rita Wilson, is spilling all of the details about being raised by famous parents. In a new video posted to his YouTube channel, Chet shared “the truth about growing up as a Hanks.”

In the 13-minute video, the 31-year-old said that he is thankful that his parents didn’t spoil him, and said that people were quick to make assumptions about his character based on who his parents were.

“People automatically assumed that I would just be a really arrogant, entitled spoiled brat, even though I really wasn’t,” Chet said. “I’m very privileged, but I wasn’t spoiled….my parents didn’t spoil me. I was never just given money or an allowance. I had to work and earn everything that I’ve made. It’s been that way for my entire life.”

Hanks went on to add, “Growing up, if I needed money to go out and have fun with my friends, my dad would be like, ‘Okay, you want some money? Go wash my car. I’ll give you 60 bucks.’ Everything was earned and I’m grateful for that…because when you spoil people and just give them whatever they want, like a lot of wealthy people do, it just kills any ambition in their children.”

Chet admitted that the assumptions the public had made about his character caused him to harbor a lot of anger and animosity, even pushing him into a “self-destructing…pleasure-seeking” lifestyle.

“People would make up their minds about me before they even got a chance to know me, and it was extremely hard to break down their wall, so I encountered a lot of disdain, a lot of animosity, a lot of negativity because everybody was just prepared to hate my guts. That caused me to develop a chip on my shoulder and walk around with a lot of anger and it led me to create this hard exterior…” Hanks shared before adding that he is in a much happier period of life.

“I’ve changed my life. I no longer have gone down that self-destructive road of dealing with my anger and resentment by self-destructing, by pleasure-seeking through partying, drugs, alcohol, substances, everything. Now I’m just focusing on doing the work and being the best me that I could be.”

Chet Hanks is one of two children born to Tom Hanks and Rita Wilson. He has a younger brother, Truman (25), and two older half-siblings from his dad’s first marriage, Colin (44) and Elizabeth (39).

Watch Chet Hanks’ talk about growing up as a Hanks in the video below. (NOTE: Foul language warning)