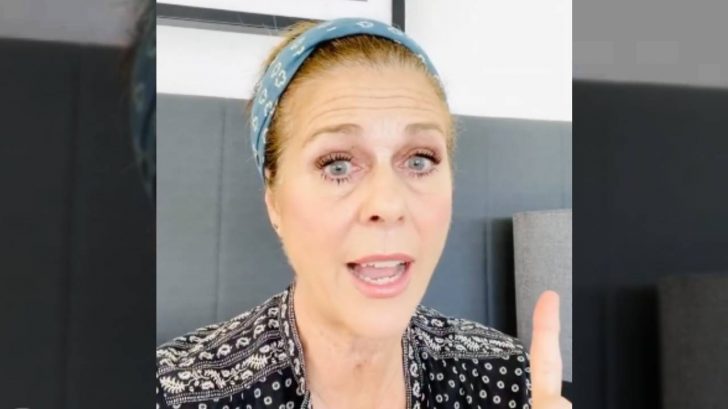 Actress and country singer Rita Wilson is currently on the mend after contracting and being diagnosed with COVID-19. She, and her husband Tom Hanks, were in Australia when they were tested.

Hello folks. @ritawilson and I want to thank everyone here Down Under who are taking such good care of us. We have Covid-19 and are in isolation so we do not spread it to anyone else. There are those for whom it could lead to a very serious illness. We are taking it one-day-at-a-time. There are things we can all do to get through this by following the advice of experts and taking care of ourselves and each other, no? Remember, despite all the current events, there is no crying in baseball. Hanx

They are in Australia so Hanks could start production on the upcoming Elvis Presley biopic, simply titled Elvis, where he will be portraying Presley’s manager Colonel Tom Parker. According to news.com.au, the pair “contracted the illness outside Australia and travelled to Queensland with the virus.”

On March 11, Hanks revealed to his 8.3 million Instagram followers that he and Wilson had tested positive for COVID-19.

Hello, folks. @ritawilson and I are down here in Australia. We felt a bit tired, like we had colds, and some body aches. Rita had some chills that came and went. Slight fevers too. To play things right, as is needed in the world right now, we were tested for the Coronavirus, and were found to be positive. Well, now. What to do next? The Medical Officials have protocols that must be followed. We Hanks’ will be tested, observed, and isolated for as long as public health and safety requires. Not much more to it than a one-day-at-a-time approach, no? We’ll keep the world posted and updated. Take care of yourselves! Hanx!

They were treated at a local hospital and released when they were fever-free and well enough to finish their recovery quarantined at their home in Queensland.

Hey folks. Good News: One week after testing Positive, in self-isolation, the symptoms are much the same. No fever but the blahs. Folding the laundry and doing the dishes leads to a nap on the couch. Bad news: My wife @ritawilson has won 6 straight hands of Gin Rummy and leads by 201 points. But I have learned not to spread my Vegemite so thick. I travelled here with a typewriter, one I used to love. We are all in this together. Flatten the curve. Hanx

While quarantined at home together, they have been passing the time by playing Gin Rummy and eating Vegemite toast. Turns out one can only win so many Gin Rummy games, seeing as Wilson has resorted to reading Orson Wells’ Ender’s Game and rapping the 1992 hit song “Hip Hop Hooray” by hip hop group Naughty By Nature.

The actress posted a video on Instagram of herself reading Ender’s Game with some hip hop music in the background. She looks a little confused, but then began to rap every single word of the song!

Wilson captioned the video, “Quarantine Stir Crazy…See it to believe it.”

He video has garnered so much attention that Naughty By Nature themselves caught wind of it and reposted the video! They said, “Wow!!! Super shout to @ritawilson for spittin’ those Classic Naughty bars during her Quarantine!! Wishing her and hubby @tomhanks a Speedy recovery!!! She has skills!!”

Watch Wilson rap the song below.

See it to believe it