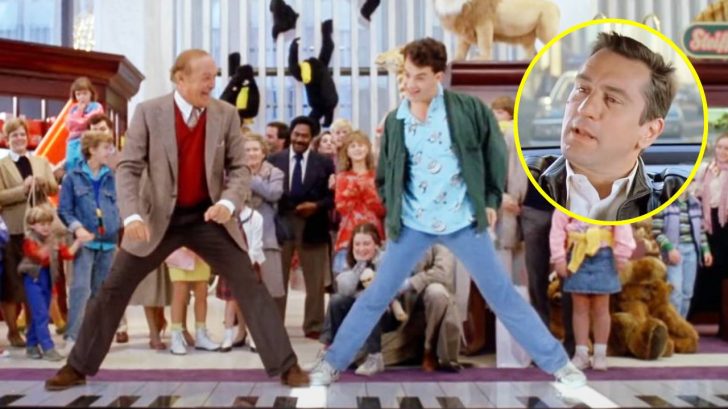 In 1988, the movie Big told the story of teenager Josh Baskin aging 20 years overnight after a wish goes awry. He goes to sleep as a teen and wakes up as Tom Hanks!

It’s been over 30 years since the film’s release, but there are still some things that even the biggest fans do not know. In fact, the biggest surprise fact is that Tom Hanks was not the first choice for the leading role – Robert De Niro was!

Elizabeth Perkins, Hanks’ romantic interest in the movie stopped by Watch What Happens Live on April 7 and revealed the secret, which would have changed the movie completely.

“Robert De Niro was actually cast in the role of Josh in the movie Big.” Perkins revealed, which made host Andy Cohen’s jaw drop.

“Really?!” he said in disbelief.

She continued, “It fell apart because he had a scheduling conflict, and then they went to Tom Hanks. It’s like a totally different movie in my brain with Robert De Niro. He was more moody. It was more of a — a little more of a horror movie. Robert De Niro wandering around the streets of New York. What Tom Hanks brought to it was so much lighter.”

Perkins revealed that when she auditioned for her role, she read lines with De Niro because he’d already been cast as the lead. While she filmed with Hanks, she apparently had a huge crush on him! He was already dating his now-wife Rita Wilson, so nothing ever came of it.