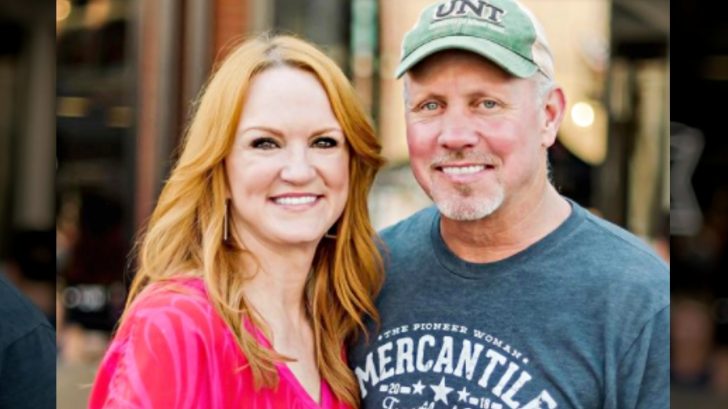 Being a rancher isn’t for the faint of heart. Just ask Ladd Drummond, husband of blogger and Food Network personality Ree Drummond (aka The Pioneer Woman), who has suffered his fair share of accidents on their Oklahoma ranch.

The most recent accident involved a clash between 53-year-old Ladd and a cow. In a video shared to social media, Ree asks her husband how his day was as he kneels to play with the family’s dogs. He replied, “It was good.”

The Pioneer Woman responded, “Sure about that?” as her camera panned to his back where his shirt was torn and a bloody laceration could be seen. “What happened back here?” she asked Ladd.

“A cow ran over me…knocked me down,” he said. “I was like a turtle on my back. My back doesn’t hurt, but she stepped on my leg. It hurts.”

This incident comes just over a year after Ladd broke his neck in an automobile collision. The accident happened in March 2021 when vehicles driven by he and his nephew Caleb collided in dense smoke as the two fought wildfires at the Drummond Ranch. In a blog post dated a year after the crash, Ree updated fans on her husband’s recovery.

“Caleb wound up in an ambulance, Ladd wound up on a helicopter, and less than 24 hours later, Ladd was in surgery having his broken neck repaired. It was scary, but he was very, very lucky,” Ree wrote of the crash.

Ree called Ladd “a bad patient” due to his desire to “push the envelope” just a few days following his release from the hospital.

“Ladd was a good patient in the sense that he generally obeyed his surgeon’s orders when he first got home from the hospital. Ladd was a bad patient in the sense that he started pushing the envelope about three days later,” Ree wrote. “I won’t go into detail, but let’s just say he got in his pickup and drove around the ranch on day four. His seat was almost totally reclined, but by golly, he drove!”

In the months since the terrifying crash, Ladd has regained his strength and has a “healthy dose of gratitude,” per Ree who wrote, “The surgeon had told us that the fracture in his neck came dangerously close to damaging his spinal cord, and the fact that he was lucky to be able to get up and walk around after surgery was not lost on Ladd.”