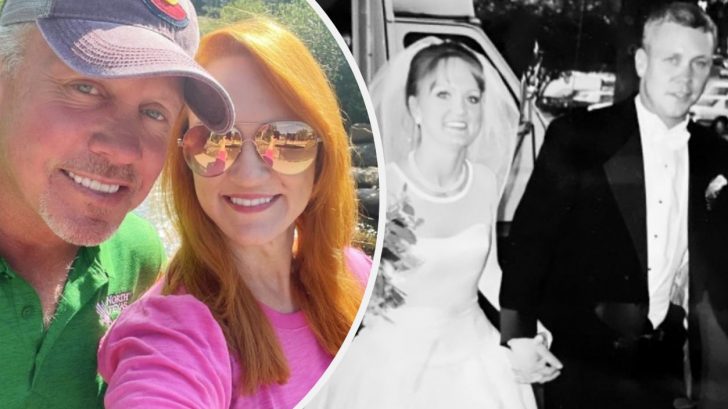 “Pioneer Woman” Ree Drummond and her husband, Ladd, have been married for 25 years. They share four children: Alex, Paige, Bryce, and Todd, and they have also raised a foster son, Jamar.

The couple’s eldest, Alex, married Mauricio Scott during a ceremony held on the Drummond Ranch on May 1.

Two months after their daughter’s wedding, Ree and Ladd enjoyed a romantic trip to Colorado. They went hiking, raced each other up a flight of stairs, and enjoyed some delicious food.

Ree gushed about her husband throughout the trip. One time, she posted a photo of him next to a bowl of pasta, and wrote, “Have you ever seen ANYTHING more scrumptious?!?!? (The pasta looks pretty good, too!) My kids are cringing right about now…har har har.”

Ree spoke about her milestone anniversary in a blog post on her Pioneer Woman website. In the blog post, Ree shared one of her secrets to maintaining a long and happy marriage.

“That whole “love” thing—the love that deepens, expands, and becomes more firmly rooted over time—is definitely there…” Ree continued. She told her fans to keep scrolling to see a photo that shows what has “really kept [her] going all these years.”

In her typical style, Ree had something comical to say. She included a photo of Ladd that shows off his arm muscles, saying the “pic pretty much sums it up” as to how they keep the spark alive in their relationship.

“Can it really be that simple? Well, some days…yes!” she joked.

Ree shared the same message on Instagram, and included another photo in celebration of her and Ladd’s anniversary. You can check out her post below.

We hope Ree and Ladd had a wonderful 25th anniversary. May they enjoy many more happy years together.