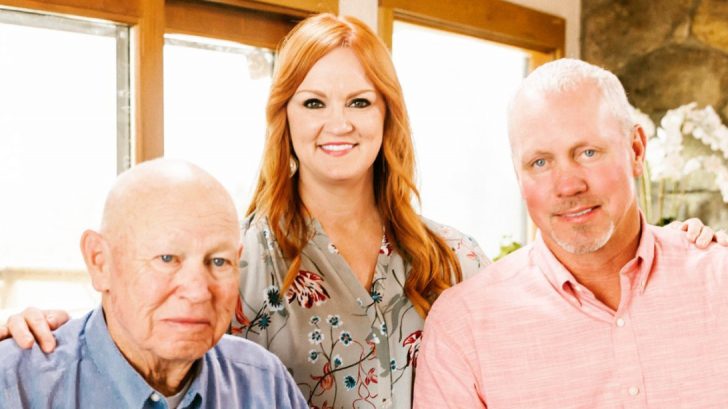 Ree Drummond, aka The Pioneer Woman, announced Sunday that her father-in-law, Chuck Drummond, has died after a brief illness. He was 79.

Ree shared the news on her blog that “Pa-pa” Chuck passed away in his sleep on Friday morning.

“I waited a couple of days to share here because we needed to communicate with extended family, take a few breaths, and shed some tears…but since you all have seen photos and read stories about Chuck since the beginning of my blog, I knew I wanted to share with you,” Ree wrote.

She added that her father-in-law’s health has been declining in recent months, and “after feeling pretty miserable for the past two or three months, he was finally ready to go.”

The Pioneer Woman shared memories of her husband’s father, saying that he was always kind to her and that Chuck’s family meant everything to him.

“In the twenty-six years Ladd and I have been married, we’ve never had a moment of conflict. He gave out my cookbooks to everyone he encountered, he watched my segments on QVC, and when we opened The Mercantile, he mingled and greeted visitors for hours and hours,” Ree wrote. “…The truth about Chuck is that his heart was open and generous, and his family meant everything to him. He kept up with extended cousins, organized family reunions, and made sure connections were maintained through the years.”

Chuck Drummond was married to his wife Nan until her death in 2018 at the age of 74. They shared three sons; Ladd (Ree Drummond’s husband), Tim and Todd. Todd died following a car accident when he was 18.

Watch a sweet memory of Pa-pa Drummond that Ree shared on New Year’s Day 2020 below.