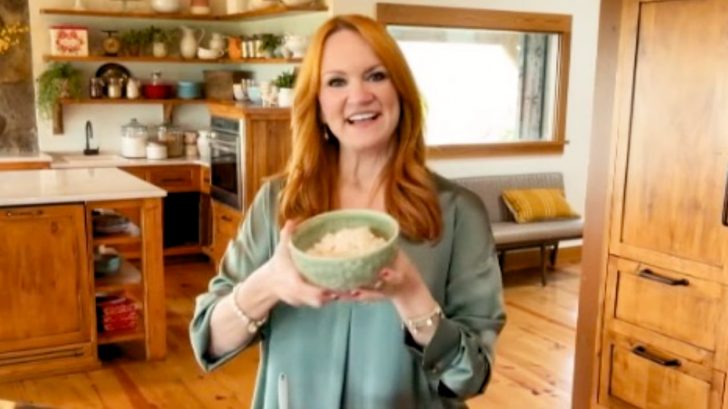 One year ago, Ree Drummond realized it was time to make some changes in her life. She knew she could make some improvements when it came to her diet and her activity level.

So she started paying more attention to what she ate and began exercising. She was motivated to kickstart this healthier lifestyle ahead of her daughter Paige’s wedding in May 2021.

Ree lost 38 pounds by the month of Paige’s wedding. She shared a TikTok about her weight loss journey up to that point, saying:

“I just cut calories, exercised more, lifted a lot of weights. I look better but I feel so much better and that’s what really counts.”

@thepioneerwoman Moving more and building muscle has been the key for me! ? I still love fries, though. #fyp ♬ Taste It – Ikson

In June, Ree shared a blog post on her Pioneer Woman website going into further detail about how she lost weight. By then, Ree had lost a total of 43 pounds.

Ree said she never bought any special foods, she didn’t follow a particular diet like Keto, she didn’t do intermittent fasting, and she didn’t hire a personal trainer.

To put it simply, Ree managed to lose weight by eating less and being more active. She took up rowing, did Pilates, and enjoyed going on long walks on her family’s ranch. Ree also did some strength training, which helped her break through a plateau she experienced.

In February 2022 Ree shared another update on where she’s at one year after starting her weight loss journey. She is now below the “goal weight” she set for herself, having lost a total of 55 pounds.

But most importantly to Ree, she says:

“Today I feel stronger, more in balance (both physically and mentally), and I have more spring to my step. I am wearing clothes I wasn’t comfortable wearing a year ago, I feel better about the way I look, and I’m smiling more (yes, even more than I smiled before, which was a lot–haha) and that is a nice feeling at age 53.”

Ree said she “went all-in for the first five months” of her weight loss journey. She has since relaxed a bit, and still enjoys all the goodies she bakes in her kitchen for her television show and cookbooks. No food is off-limits for Ree (except for bananas, which she loathes), she just makes sure to watch her portions.

She also makes a point to get up and move her body every day, even if she doesn’t have time for a dedicated exercise session. “I found that if I had a couple of days at home when I was sitting and working a lot, it showed itself both in the number on the scale and in the way I felt overall,” she said.

So now, Ree keeps moving on a busy day by working at a standing desk and taking breaks to walk around.

Ree says the only thing different about her now vs. her a year ago is that she’s 55 pounds lighter. But other than that, she says not much has changed.

“But to come full circle…[losing weight] hasn’t changed my life itself. I still have cow manure in my yard, for example,” she joked.

You can read Ree’s full update one year after starting her weight loss journey by clicking here.