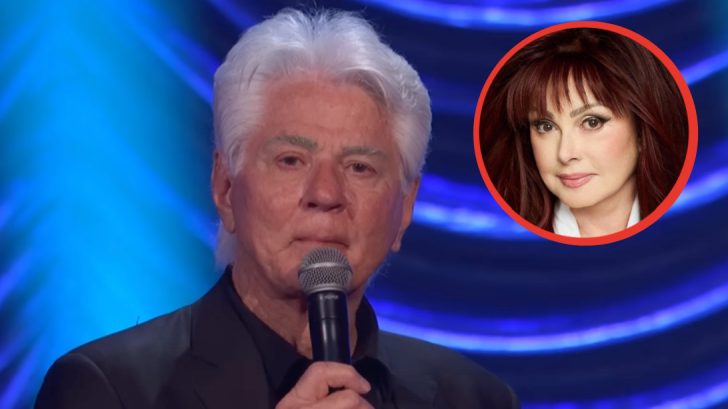 Family, friends and fans of Naomi Judd gathered at Nashville’s Ryman Auditorium Sunday evening (May 15) to remember the late singer who died April 30. Among those in attendance were her husband of 33 years, Larry Strickland.

Near the end of the 75-minute Naomi Judd: A River of Time Celebration that was televised on CMT, Strickland joined Naomi’s daughters, Wynonna and Ashley, on stage to share memories of his late wife and recalled events that transpired in the days prior to her death.

“Naomi never met a stranger. Much to my displeasure, she would start a conversation with anyone who made eye contact with her. We’d end up standing 10, 20, 30 minutes on the sidewalk while she talked to a complete stranger about their passions and their dog,” Strickland said.

He shared that Naomi had been with him in Europe where he was on tour, but flew back home to Nashville on April 29th so she could be there in time for The Judds’ Country Music Hall of Fame induction on May 1. According to Larry, Naomi hadn’t flown alone in years as she usually had a personal assistant or someone else flying with her.

“I was really scared to death about her flying alone all the way from Vienna back to Nashville cause I knew how fragile she was,” Larry said. “Well, she made the flight home back to Nashville without any problem.”

But, the day after Naomi passed away, Strickland received an email from a man named David who sat next to Naomi on her flight from Chicago to Nashville. For an unknown reason, Naomi had given David her husband’s business card. that small random act allowed a stranger to give Naomi’s widower “relief and comfort” after her death.

In the email, David admitted to not knowing who Naomi Judd was as they visited for the duration of the 90-minute flight.

“…the next 90 minutes we spent in each other’s company was not only entertaining, fascinating and enlightening, but also for me, at least, very enjoyable. It’s a small comfort, I’m sure, but my life seems a lot richer after meeting your wife.” Larry fought back tears as he read the last of the email. “I can tell you she spoke highly and warmly of you and the life you shared together. Rest assured she loved you and had no qualms of telling me, a stranger on a plane, that was so.”

Larry Strickland, a former member of The Stamps Quartet and backup singer for Elvis Presley, met Naomi Judd in 1979. The pair wed a decade later at Christ Church in Nashville. The marriage was the second for Judd who revealed to Closer Weekly in 2013 that the secret to their long marriage was what they had in common.

“We come from common backgrounds,” Judd said. “Larry and I are both from a family of six, very blue collar. He worked in the tobacco fields every summer. My daddy had his own gas station and taught me the hard work ethic. Larry is the most humble person I’ve ever met.”

Hear Larry Strickland read the email in full in the video below.