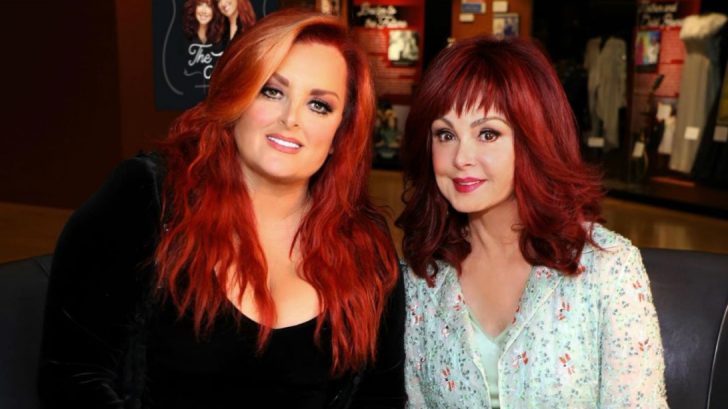 The Judds were officially inducted into the Country Music Hall of Fame Sunday evening (May 1), one day after the death of Naomi Judd.

Naomi’s daughters Ashley and Wynonna were on-hand to accept the Hall of Fame medallions, with Ashley accepting the medal on her mother’s behalf.

“I’m sorry that she couldn’t hang on until today,” Ashley told the crowd through tears, according to the Associated Press.

Taste of Country reported that both Ashley and Wynonna gave speeches, with the youngest Judd sharing some memories of growing up in a musical family, even calling Wynonna the “G.O.A.T.”

When Wynonna took the microphone she addressed the grief of losing her mother, saying “I didn’t prepare anything tonight because I knew mom would probably talk the most. I’m gonna make this fast, because my heart’s broken, and I feel so blessed. It’s a very strange dynamic, to be this broken and this blessed.”

Wynonna added that she was going to keep singing despite her grief. “Though my heart is broken I will continue to sing,” she said.

The sisters concluded by holding each other while reading Psalm 23 and talked about the family gathering together after Naomi’s death.

Naomi Judd passed away Saturday at the age of 76. Her daughters issued a joint statement announcing their mother’s death saying that they lost their “beautiful mother to the disease of mental illness. They added that they are “shattered” and “navigating profound grief.” Despite their heartbreak, Wynonna and Ashley wanted the scheduled Country Music Hall of Fame medallion ceremony to go on as planned.

The ceremony wasn’t live streamed or televised, but photos have been shared from some of those in attendance. See them below.