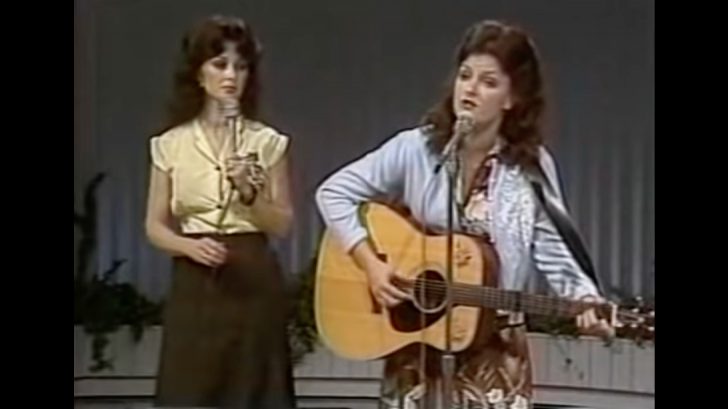 A few years before Naomi and Wynonna became The Judds, they were guest performers on The Ralph Emery Show. At the time Wynonna was still a high school student and Naomi was working as a nurse, but the duo often woke early to arrive at Nashville’s WSM-TV studios where they sang before school and work.

During on of their early morning performances, the mother-daughter duo covered Dolly Parton’s hit “Coat of Many Colors.” Thankfully that performance has been immortalized in a video clip posted to YouTube. The video, estimated to have been filmed in 1980, shows Naomi around the age of 34 and Wynonna, who was approximately 16-years-old, singing the Dolly classic.

“One night a couple winters ago we were learning this Dolly Parton song. While we were singing I looked over at my Papaw Judd, he was visiting us, and he was crying. We’d never seen our Papaw Judd cry before and I asked him what was the matter,” Wynonna said in introduction to the song. “And he said when he was a little boy he had a coat just like the coat of many colors in this song. So every time we sing this song I think of him.”

In 1983, The Judds signed with RCA Records and would go on to become one of the most successful acts in country music history. With five Grammy Awards, fourteen No. 1 songs, and nine CMA Awards, The Judds accomplished more in their 8-year career as a duo than many artists do in a lifetime.

The throwback clip of The Judds performing on The Ralph Emery Show is a clear reminder of their talent and star power even before the world knew them as “The Judds.” Watch their incredible cover of “Coat of Many Colors” in the video below.