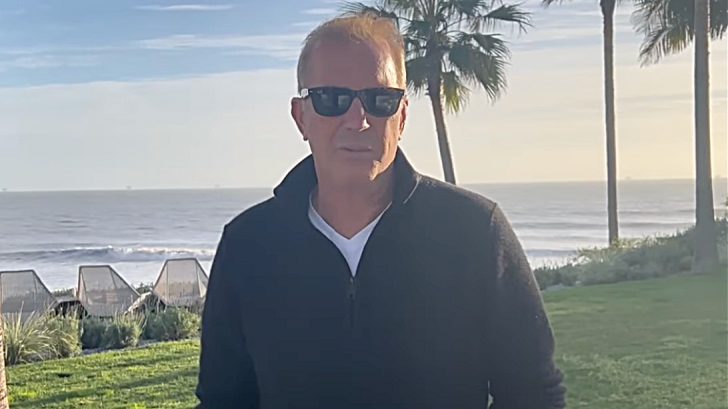 Kevin Costner, who was nominated for Best Performance By An Actor in a Television Series – Drama for his role in Yellowstone, was forced to miss Tuesday’s Golden Globe Awards.

The actor shared a statement to social media Tuesday evening apologizing to fans and explained his absence.

“I’m so sorry for everyone who might’ve been turning into watch the golden globes. Chris and I aren’t going to be able to be there. Yesterday, we had to pull the kids out of school in Santa Barbara. For the second time in 5 years, the freeways are flooded out…We couldn’t get back to the house with the freeways closed,” Costner said of the storms that have caused devastating flooding in California. “No one is sadder than us that we can’t be there at the Golden Globes.”

He added that his wife, Christine Baumgartner, had a dress for the event and he had been looking forward to walking the red carpet with her and his Yellowstone family.

“Just so sorry that I can’t be there. I really wanted to, and I know how bad Chris wanted to support me,” Costner said then added that he was planning on watching the award show on television with his wife and “see what happens.”

Kevin Costner has been nominated for 7 Golden Globes over the course of his career.

He won the Best Director – Motion Picture award for Dances With Wolves in 1991 and earned another trophy in 2013 for Best Actor – Miniseries or Television Film for Hatfields & McCoys.

Costner addressed the Golden Globe nomination for his Yellowstone role on social media, saying: “Working on Yellowstone has been a truly fulfilling project, and it has been enormously gratifying and humbling that audiences have embraced the show and its’ characters the way that they have over the past five years. To be recognized for this performance is the cherry on top, and I share this nomination with everyone who contributed to the show especially my fellow castmates, the producers and the crew.”