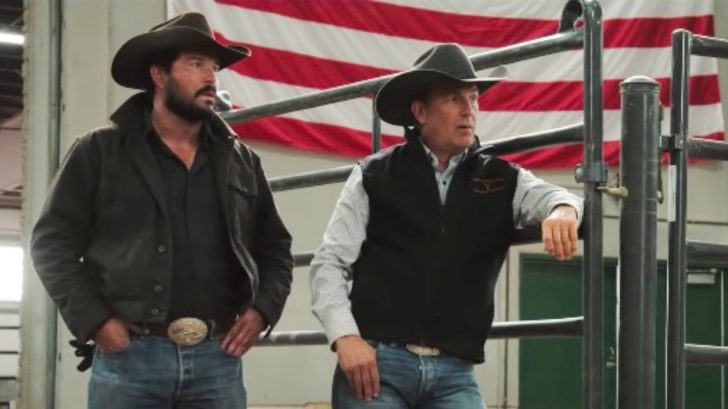 People often wonder if the stars of their favorite movies or TV shows actually get along in real life. Well, at least in the case of two Yellowstone actors, they do.

At the time of his interview, Hauser was included in People‘s “Sexiest Man Alive” issue as one of the featured celebrities. Costner caught wind of his inclusion in the magazine, and retweeted a headline about it. The retweet was accompanied by a gif of Costner in Yellowstone saying “You son of a b—-.”

Fox News was curious to know what Hauser thought of Costner’s reaction to his inclusion in the “Sexiest Man Alive” magazine. With a laugh, he said:

“It’s funny you say that because I just looked on his social media, this is just a little while ago, and it goes, ‘Cole Hauser, Sexiest Man Alive – and then he goes, ‘You son of a b—-…So you know, that was Kevin’s way of – I mean, we’re great friends.”

Hauser went on to explain what it’s like working with Costner on the set of Yellowstone:

“We’ve worked together now four years and I love him,” he said. “He’s a wonderful person – more importantly – a person than an actor. I just enjoy being around him and enjoying each other’s company. So he’s been somebody I’ve always looked up to creatively. And that’s been an honor working with him.”

Tune in to the clip below to watch a meaningful Yellowstone scene featuring Costner and Hauser. They work so well together.

It always makes us happy when we learn that two of our favorite TV characters are friends in real life!