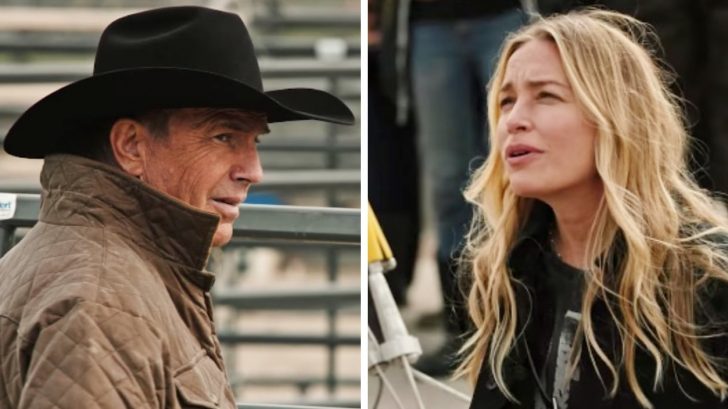 Yellowstone viewers were introduced to a new character during the fifth episode of Season 4. The character, named Summer Higgins, is an activist who is against cattle ranching. She gets into a scuffle with Kayce Dutton (played by Luke Grimes), and his father, John, (played by Kevin Costner), comes to help him him out.

John and Summer exchange words, with him saying that those who grow the “quinoa or whatever else” she eats also end up harming the animals that live in the ground. It leaves him asking her “how cute” an animal has to be before she cares about what happens to it.

In an interesting move, John invites Summer out to the Dutton ranch so she can see what cattle ranching and farm life is really like. They get to know each other on the way there, and it’s implied Summer could be a potential love interest for John in the future.

Summer is played by actress Piper Perabo. She is perhaps most well-known for her roll in the drama series Covert Affair, for which she received a Golden Globe nomination.

During an interview with Taste of Country, Piper spoke about her new role on Yellowstone and shared what it’s like to work with Kevin Costner.

“It was also a little intimidating,” she said. “My first day with Kevin…he’s a real movie star, and so when you do a scene with somebody like that, you have this whole history of film that you see. You know, ‘Bull Durham’ and ‘Dances With Wolves’ and ‘Field of Dreams.’ Just so many films that are kind of in your mind the first moment you see him. It’s a little confusing. But he’s such a good actor, and he’s directed so many films that you get down to the work really quickly, because he’s so calm and steady.“

Meet Summer and the other new characters that appear in Yellowstone this season by tuning in to the clip below. We’re curious to see where Summer’s storyline is going.