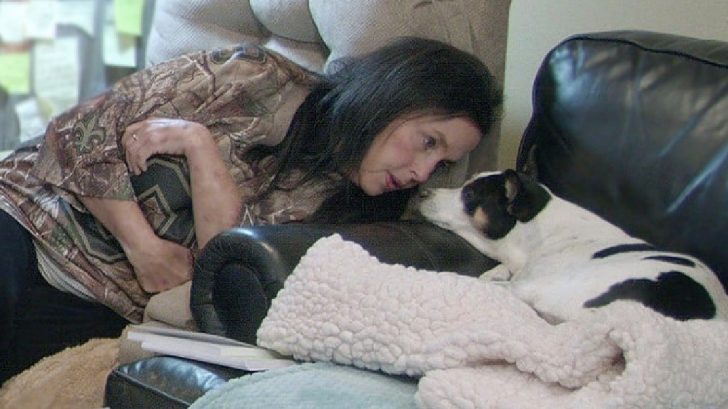 It’s been four months since Duck Dynasty star Kay Robertson suffered a gruesome facial injury after her dog bit her in the face. In a new episode of her husband’s podcast, Unashamed, Miss Kay shared an update on her recovery.

The incident happened in June when Miss Kay leaned over to kiss her dog, Bobo, goodnight. Unaware that the dog was sleeping, Kay accidentally startled him and caused him to bite her.

“I thought he was awake and just relaxing. I went over and bent down to wish him a good sleep,” Phil recalled Kay saying at the time. “When I woke him up he just come at me.”

Kay went to wake up Phil when she realized the extent of her injuries.

Phil then told Miss Kay to move the rag from her face. When she did, he wasn’t prepared for what he saw.

Shortly after her injury, the Robertson family matriarch shared photos and told TMZ that the doctors expected her to recover well and “it will take about 4 weeks for her lips and bruises to heal. After that, she’ll need some plastic surgery to fully repair her lip … but then her doc says she’ll be back to her old self.”

In the latest episode of Unashamed, Kay shared another update saying that she has completely recovered without plastic surgery and called it a “miraculous healing.”

“It was a shock…When I went in that night I looked so bad,” Kay said. “I looked like a monster. But, the surgeon who came in the St. Francis emergency room said, ‘Miss Kay, you’re gonna be shocked how well these lips will heal.’ And I thought he’s just trying to make me feel good.”

Phil recalled his shock at seeing Kay’s injured face. “I looked up and she’s standing there…I’m looking at her lips and they’re just chewed up by a dog. Slits of a half inch, her lips are parted, and chunks are gone,” Phil said. “So I’m looking at her now, and I figured Botox would do it, but she broke out the ol’ Maybelline and pulled it off.”

But, Miss Kay gives no credit to makeup.

“It was a miraculous healing, I think. I really do. I couldn’t believe it,” Robertson said.

Hear Kay Robertson talk about her injury below.