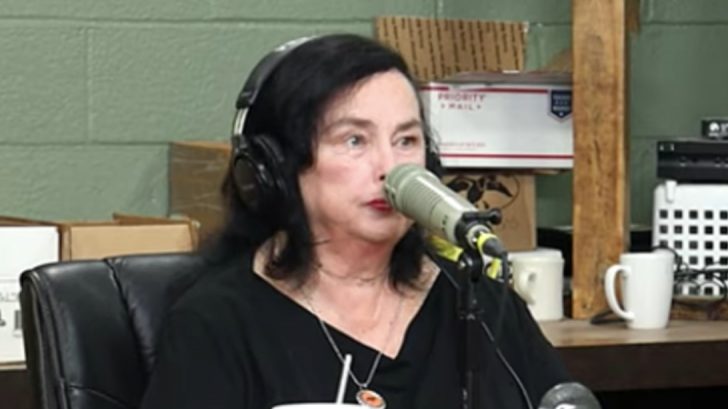 Roughly five weeks ago, Duck Dynasty star and Robertson family matriarch, Miss Kay, suffered a gruesome facial injury due to a dog bite. Robertson made her first public appearance since the accident Tuesday (July 27) on the Duck Call Room podcast where she detailed the injury.

Miss Kay joined her brother-in-law Si, her grandson-in-law Jay Stone, and her son Willie’s assistant, John-David Owen, on their podcast where Kay was able to tell her side of the story. She started by setting the scene of the incident that happened close to midnight as Kay was getting ready for bed.

“First the lighting was low lighting in that living room,” Kay said. “Bobo was on his favorite couch….I go over there and I thought I saw his eyes open. When I came down to give him a goodnight kiss like I do all my other dogs, it was like seconds…”

Kay said that she then started to feel pain and blood around her mouth. She grabbed a dish towel and put it over her mouth as she made her way to the bathroom to look in the mirror. She knew immediately that she needed help.

Kay woke Phil up to let him know that she needed to go to the hospital. After showing him her injuries, Phil’s initial response was that his wife looked like she had been “bit by a lion.”

Less than a week after the the dog bite, Kay shared photos of her face injuries and an update with TMZ.

Kay told the publication at the time that she looked worse than she did when she first went to the hospital due to stitches and bruising, but was able to cover it up with a face mask when she’s out in public. Her mouth is full of stitches so she was on a liquid diet, only able to drink through a straw.As seen in Kay’s recent appearance on the Duck Call Room, her injuries have healed well and most, if not all, signs of the injury are gone.

See the photos of Miss Kay’s dog bite injuries below.

Watch Miss Kay detail her dog bite incident in the video below.