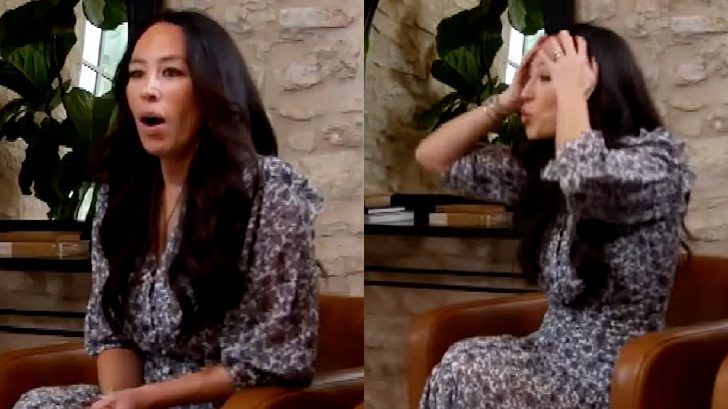 Actress-turned-talk show host Drew Barrymore recently paid a visit to Waco, Texas, where she filmed some episodes of her show with Chip and Joanna Gaines. During her visit, Drew surprised Joanna with a video from their mutual celebrity crush…former late night talk show host Davis Letterman.

Drew introduced the surprise by saying, “I think I heard a rumor that maybe we might have the same person out there in the world that really does it for us.”

Joanna immediately responded, “Is it Mr. Letterman?” When Chip acted surprised to find out David Letterman is his wife’s crush, she shared that on their third date she told Chip, “100% David Letterman.”

Joanna told Drew that she had never met David Letterman, the longest serving late night talk show host in television history, and doubted that he would even know who she was. Drew disagreed and played a video message from the late night legend for Joanna.

“Joanna, whoa! I’m overwhelmed by your interest and attention in what I used to refer to as a career. And thanks for watching. You’d probably be the only one,” the 74-year-old joked.

“Gosh, I wish I could be there with you in Texas. I’m in Hawaii right now, I’m learning to surf. Having a lot of fun.” Letterman joked as he stood outdoors with snow falling down around him. “Hope to see you in person one day, Joanna. Thank you very much for everything.”

A surprised and thrilled Joanna said, “That’s a dream come true,” after the video concluded. “Drew and David in one day. I’m done.”

Watch Joanna’s adorable reaction to hearing from David Letterman in the video below.