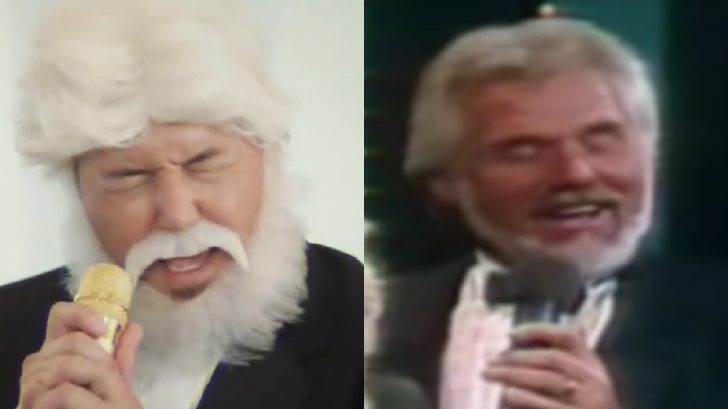 Not only can Jason Aldean sing, but he can rock Halloween! The “Dirt Road Anthem” singer and his wife, Brittany, are known for their impressive Halloween costumes year after year, and this year did not disappoint.

In a video posted to their social media accounts, Jason is seen donning a Kenny Rogers-esque beard and suit as he lip-syncs to Kenny Rogers and Dolly Parton’s 1982 hit song “Islands in the Stream.” Brittany walks “on stage” as Dolly, complete with a replica of the dress the “Jolene” singer wore for one of her live performances of the song with Kenny.

Kenny Rogers and Dolly Parton took “Islands in the Stream” to the top of the Billboard Hot 100 chart, giving the singers their second chart-topping pop hit. In 2005 the song was named the best country duet of all time by CMT.

A fateful meeting to record “Islands in the Stream” would kickstart a friendship between the pair that would lead to many duets and a 30 year friendship. So, it was only fitting that Jason and Brittany Aldean not only capture Kenny and Dolly’s appearance, but would honor them by lip-syncing to their most popular collaboration.

Fans of the Jason and Brittany Aldean agree that their Halloween 2021 costumes beat last year’s. In 2020, Jason and Brittany enlisted their kids, Navy and Memphis, for a very Tiger King Themed Halloween. Jason dressed as Joe Exotic while Brittany was the zoo owner’s partner. Then 20-month-old Navy was none other than Carole Baskin, and son Memphis was a tiger.

Check out more of the Aldean’s Halloween costumes from years past below and let us know which is your favorite. Then check out Dolly and Kenny’s original performance of “Islands in the Stream” to see just how spot-on Jason and Brittany were in this year’s get-up.