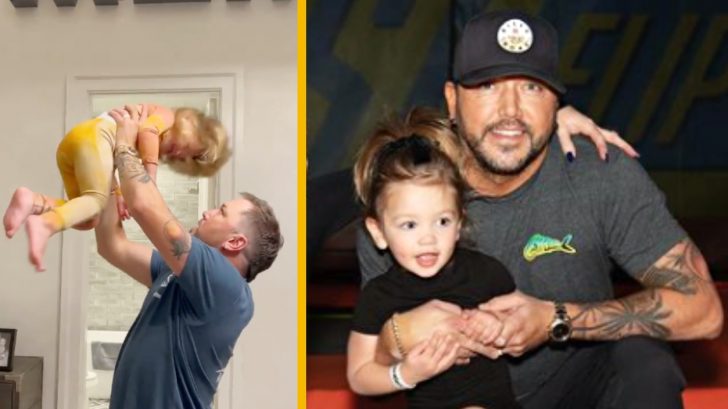 Aldean’s wife, Brittany, shared a touching family moment with fans on her Instagram page. In the video, the country singer held his youngest daughter above his head while singing 1987 hit “(I’ve Had) The Time Of My Life” by Bill Medley and Jennifer Warnes. The song was used as the theme song in the movie, Dirty Dancing and the song peaked at number 27 on the Billboard Hot 100 charts.

Navy giggles throughout the footage as Aldean spins her around and ends the performance with a sweet kiss. When Brittany panned the camera to give their son, Memphis, a close up, fans can hear Aldean ask Navy if she enjoyed the song.

“Was that fun?” Aldean asks his daughter.

Of course, the two-year-old was quick to declare, “Yes!” Watch the full video in the clip below.

For more on Jason Aldean and his four children, check out the following video.