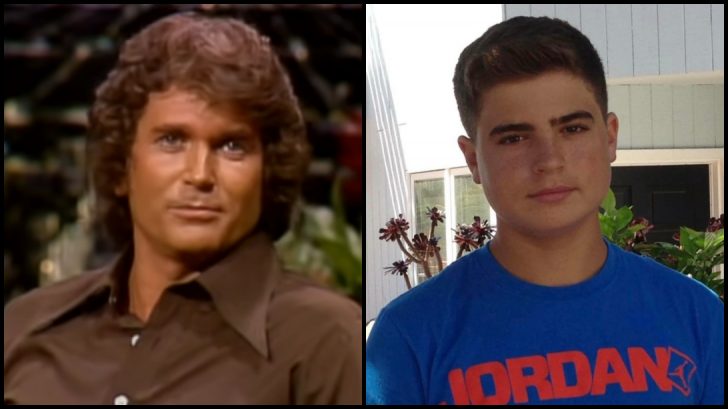 Dylan Lupia, 24-year-old grandson of beloved actor Michael Landon, was struck and killed by a metro bus and his family is searching for answers regarding his death.

According to investigators, Lupia was walking in the bike lane near the Terranea Resort in Rancho Palos Verdes, California, when he was struck and killed by a Los Angeles County Metro bus on August 17, 2022. Lupia’s mother, Shawna Landon, told media that the bus driver continued driving, but stopped less than two miles later to call and report that his bus had been vandalized.

The driver claimed that he let off his only passenger before calling the LA Metropolitan Transportation Authority to report that his bus had been damaged by an unknown source. But, Dylan Lupia’s family say that it’s not possible that the driver didn’t see the 6’1″ Lupia walking on the shoulder of the road.

Shawna told DailyMail.com that Dylan was ‘left to die on the side of the road’ and the driver of the bus allegedly continued on his route. The driver was reportedly questioned about the incident, but wasn’t charged.

“I just want answers. It’s all I think about. How can you not know you just hit a human being?” the 50-year-old told DailyMail.

Landon believes that her son may have been walking to see where his late grandmother, Lynn (Michael Landon‘s second wife), lived.

“He may have just wanted to see the house he remembers her living in,” Shawna said.

“My son was a great kid, but he battled mental health issues. When he was 14, he was diagnosed with being on the spectrum and although he was high functioning, he struggled to hold down a job and have healthy relationships,” Landon added. “He was living on his own when the accident occurred.”

To add to the mystery surrounding Dylan Lupia’s death, his silver Hyundai has also disappeared along with his keys and cell phone.

“There are still so many unanswered questions, and as a mother I will do everything in my power to get answers,” she said.

The case’s lead investigator, detective Johan Schloegl, could not comment on the case as it is still under investigation. But, he assures the family that he is working to find answers.

“We are on the case, reviewing video footage, and other evidence. As we do for every fatality, we are taking this seriously,” Schloegl says. “When I compete the investigation it will go to the D.A.’s office to see if there is enough evidence to file criminal charges. But, in the meantime, be assured, we are investigating.”