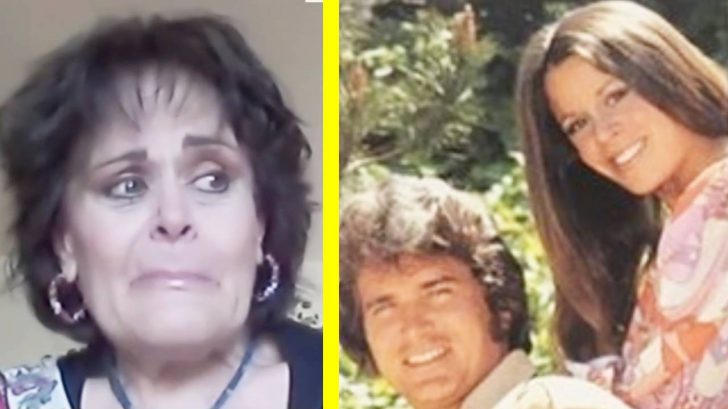 She had a daughter, Cheryl, from her first marriage but she was raised by the television legend. They had four children together – Leslie, Michael Jr., Shawna, and Christopher.

Cheryl was nine years old when Lynn and Michael were married, but Michael raised her as his own and she even took his last name. Cheryl wrote a book about her life as the TV legend’s eldest daughter titled I Promised my Dad.

Landon passed away on July 31st, 1991 and almost 30 years after his passing, Cheryl is pleading with the public to help her find a family heirloom that was stolen years ago.

When she was 13 years old, her dad took the family to Houston to visit NASA’s Johnson Space Center.

Cheryl told Arizona Family, “Dad was touring the Bonanza tours, and we were in Houston, and we got invited to meet the original astronauts: John Glenn, Alan Shepherd, Wally Schirra, Buzz Aldrin, Neil Armstrong.”

The five men gifted Cheryl a plaque, which was signed by each of them. The plaque is extremely special to Cheryl, as the signatures were all made out to her personally, and because of the memories that trip had.

But, five years ago it was stolen by a friend when she was residing in Phoenix, Arizona.

“The burglary happened with a friend I was trying to help. He was a vet, and he had serious PTSD. I can’t fault him because he wasn’t of the right mind,” Cheryl said.

The friend pawned it, and Cheryl actually did track it down. The pawn shop owner set it aside for her, but she had to deal with some unexpected health issues and when she recovered, the pawn shop was sold and the plaque went missing again.

“They changed all the records, and that led me to the Maricopa Sheriffs,” Cheryl said, but there are no leads.

Cheryl described the plaque as “square with five headshots, three on the top, two on the bottom, clear perma-sealed, and it’s one of a kind.”

In a video interview with Arizona Family, Cheryl broke down in tears speaking about the importance of the family heirloom, and her hopes of passing it down to her son and her grandchildren.

“It would mean a lot,” Cheryl said through tears. “One of my greatest hopes [is] to hand [it] down to my son and my grand babies.”

Arizona Family says there is a cash reward. Watch her emotional plea here.