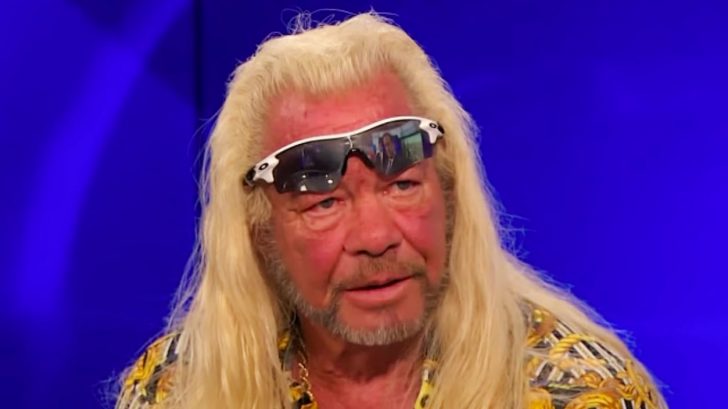 Dog the Bounty Hunter and his team didn’t locate Brian Laundrie, the man wanted for the murder of Gabby Petito. But, they claim to have located another missing person.

According to a post made to Instagram, Chapman claims that his team from the Brian Laundrie search discovered a body that could be that of Kathleen Moore, a woman who was reported missing in Pasco County Florida last week.

Authorities have since confirmed that the body has been positively identified as Moore, and is crediting volunteers for the discovery about 50 yards from her off-and-on boyfriend Collin Knapp’s home. But, the authorities have yet to credit Chapman or his team for the find.

Sheriff Chris Nocco said, “It was a very heavily-brushed area. She was actually covered – you can almost describe, she was definitely covered on purpose to make sure nobody could come upon her.”

Nocco said the discovery came on Tuesday after the Pasco County community joined together with the sheriff’s office for the search.

“Last night we put out a plea for help and they did. At 11:30 this morning, we got the call because citizens were out there helping us,” he said.

Sgt. Michael Rosa, Pasco County Sheriff’s Office Major Crimes Unit, said it’s too early to know how Moore died, but the case is being treated as a homicide. On Monday night, Knapp was arrested as a suspect in Moore’s disappearance.

In Dog the Bounty Hunter‘s Instagram post announcing the discovery of Moore’s body, he also shared that he and his team of former law enforcement officers have formed a group “to help bring closure in these types of cases.” More information about the group, called “The Essentials,” is forthcoming.