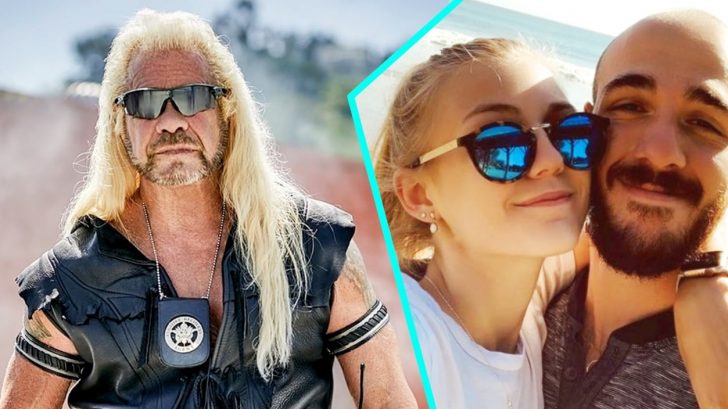 For weeks now, the world has been following every twist and turn in the Gabby Petito case. The 22-year-old went missing while on a road trip with her fiancé, Brian Laundrie.

Brian returned to his parents’ home in North Port, Florida, while driving the van he and Gabby took on their trip. But Gabby was not with him.

Gabby’s parents reported her missing on September 11. Her body was found in the Bridger–Teton National Forest in Wyoming on September 19. After conducting an autopsy, Teton County Coroner Dr. Brent Blue determined the manner of death was homicide.

Brian’s whereabouts have been unknown since he left his parents’ home on September 14. His parents reported him missing three days later, on September 17. According to the Laundries, Brian told them on the 14th he was going hiking in the Carlton Reserve in Florida.

Authorities have been searching the Carlton Reserve for Brian ever since. But as of this writing, he has not been found.

Brian is officially a person of interest in the case of Gabby’s death. The search for him was declared a manhunt after a federal warrant was issued for his arrest.

“The search for Laundrie, who has been missing for more than a week, turned into a manhunt Thursday after a grand jury indicted him for alleged unauthorized use of a Capital One debit card and several accounts,” USA Today reported on September 24.

FEDERAL ARREST WARRANT ISSUED FOR BRIAN LAUNDRIE | A federal arrest warrant has been issued for Brian Laundrie related to his activities following the death of Gabrielle Petito. https://t.co/6bxRrS9gfp

Gabby’s case caught the attention of Dog the Bounty Hunter, who is known for tracking down wanted individuals. Speaking with News Break, Dog (whose real name is Duane Chapman), shared how he’d go about searching for Brian:

“So we got to look at his background, look at his record, know, his friends, his family. He’s not an experienced runner or criminal…and it seems like he’s kind of an outdoors kid.”

Just days after giving that interview, Dog joined the search for Brian. He was filmed knocking on the door of the Laundrie home on Saturday (September 25).

Dog the bounty hunter at the house https://t.co/C4o7kSmc4m

Dog spoke to the Daily Mail about his search for Laundrie, vowing, “I will find him.”

People have been flooding Dog’s anonymous tip line (833-TELL-DOG) with tips concerning Brian’s whereabouts. Dog told the Daily Mail he is currently “chasing several leads” and that he gets “leads every ten minutes.”

In another interview with The Sun, Dog shared his “hottest” lead so far. Dog told them a lot of the information he’s been getting points to Brian being somewhere on the Appalachian Trail:

“If there’s anywhere out there that looks the hottest, that could be the area,” Dog said. He went on to add, “I think he’s young enough, not an experienced criminal, but what is his greatest experience? Outdoorsman – that’s what he does the best.“

Dog also spoke with Fox News about the search for Brian. “Let’s get the kid captured alive. Alive,” Dog said. He shared a link to the Fox News article on his official Facebook page, and you can see that post below.

Our hearts and prayers go out to Gabby’s family during this difficult time. May she rest in peace.