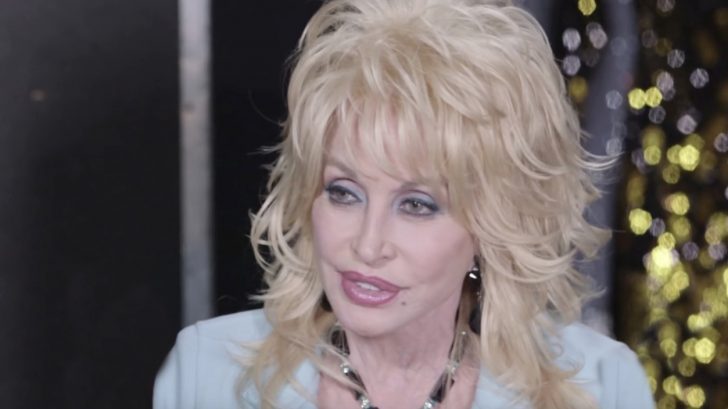 As everyone does, we love hearing bizarre, unique, and interesting stories from our favorite celebrities.

Take Keith Urban for example. His strangest fan encounter was during a live show when he heard someone yell, “Will you sign my leg?”

He thought to himself that it was an odd request, but was happy to oblige and invited the fan on stage. Moments later, the fan threw her prosthetic leg onto the stage! Watch him tell the story below.

Like Urban, Dolly Parton has experienced something quite “freaky,” as she puts it. In an interview with Windy City Times in 2011, Parton was talking about her movie Joyful Noise.

She spoke about touring, her incredible fan base, and also a very freaky thing that happened to her many years ago.

“There are all kinds of things that people ask me to do but I tell this story and it’s a true story but freaky,” she said. “Years ago when I first started being a big star I had fans that were fanatical. It was when ‘Jolene’ was a big hit. We came home one day and there was a baby in a box at our gate with a note in it.”

She explained that the note said, “My name is Jolene, my momma has left me here and she wants you to have me.”

Although she said she was “freaked out,” Parton did the right thing by calling Human Services and took care of the baby until someone got there to take her.

“We never did know or hear anything about it. I knew nothing else. What do you do in a situation like that? There are some loony people in this world!” she said.

Since then, Parton has not tried looking for the child. Who knows, Baby Jolene could have been in one of her audiences and she would have never known!

Watch her tell the story to Larry King during an interview in 2016 below.