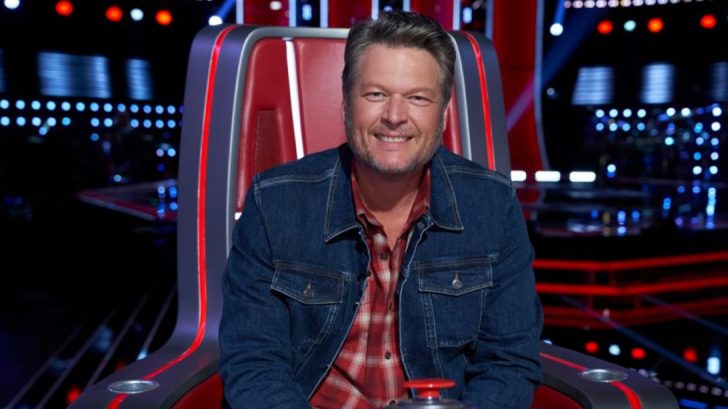 It is the end of an era as Blake Shelton has announced his exit from The Voice.

Blake Shelton signed on for The Voice‘s first season in 2011, and is the longest lasting original coach of the series. Over the course of the show’s 22 seasons, Shelton has brought at least one artist from Team Blake to the finale during all but one season. He is the winningest coach in The Voice history with eight wins.

Blake Shelton shared the news that he is giving up his red chair in a post shared to social media Tuesday evening.

Shelton wrote in the announcement that he has been “wrestling” with the decision to leave The Voice for a while, then stated that next season (Season 23) would be his last.

“This show has changed my life in every way for the better and it will always feel like home to me,” he wrote before thanking everyone who makes the show possible. “I’ve made lifelong bonds with Carson and every single one of my fellow coaches over the years, including my wife Gwen Stefani!”

The news of Blake’s exit from The Voice comes a few months after he shared that his career would be taking a backseat.

In an interview with ET in August, Shelton said that his music career is no longer his top priority. He is instead shifting his attention to his new wife Gwen and her boys, Kingston (16), Apollo (8) and Zuma (13).

“Look, I love music and I love The Voice. I love all the cool things I get to do with my job, but those things all take a backseat now to Gwen and the kids and it’s just a new phase of my life,” he said.

Blake said at the time that he has no intention of leaving music behind completely, but appreciates that he has the freedom to release music on his own schedule without the pressure of recording full albums.

“I’m having fun putting out songs when I feel like it and luckily the record label allows me to do that,” he shared. “They always support it when I do it and my stupid ideas of doing a ’90s country video…they’re always on board and because of that, we have a ‘God’s Country’ once in a while or a ‘Happy Anywhere.’”

Blake credited his run on The Voice for introducing him to a new audience and taking his career to a new level.

“The TV stuff’s fun and it’s been great for me and it has actually helped pour over into my music. I’ve pulled an audience from TV that maybe didn’t even know who I was, probably didn’t know who I was when I started on The Voice and it’s kind of been the thing that took me to a different level in my career and I love that,” Blake told ET.

When Blake Shelton returns for his final The Voice season, he will be joined by returning coach Kelly Clarkson, and newcomers Chance the Rapper and Niall Horan.