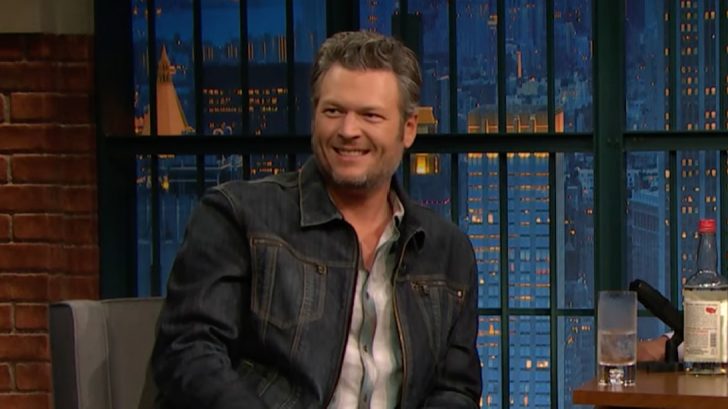 It’s been a little more than a year since country crooner Blake Shelton said “I do” to pop queen Gwen Stefani, and his new wife and her sons have changed Blake in a big way.

In a new interview with ET, Shelton said that his music career is no longer his number one priority. Instead his focus is going to be on Gwen and her boys, Kingston (16), Apollo (8) and Zuma (13).

“Look, I love music and I love The Voice. I love all the cool things I get to do with my job, but those things all take a backseat now to Gwen and the kids and it’s just a new phase of my life,” he said.

Blake made it clear that he’s not leaving music behind completely. In fact, he’s embracing the freedom he has to release singles whenever he wants without the pressure of compiling full abums.

“I’m having fun putting out songs when I feel like it and luckily the record label allows me to do that,” he shared. “They always support it when I do it and my stupid ideas of doing a ’90s country video…they’re always on board and because of that, we have a ‘God’s Country’ once in a while or a ‘Happy Anywhere.'”

“I just go, ‘Hey, I want to do this. Will you guys help me?’ and they’ll jump on board and we’ve had some big records that way. Hopefully this will be another one.”

Blake added that he intends to keep his music career alive until the fans don’t want anymore.

“I wanna keep my music side of what I do alive from now til they fire me – fans fire me,” he told ET. “The TV stuff’s fun and it’s been great for me and it has actually helped pour over into my music. I’ve pulled an audience from TV that maybe didn’t even know who I was, probably didn’t know who I was when I started on The Voice and it’s kind of been the thing that took me to a different level in my career and I love that.”

Blake Shelton and Gwen Stefani met on the set of The Voice and dated for five years before marrying on July 3, 2021, at Shelton’s Tishomingo, Oklahoma ranch. The intimate ceremony took place in a private chapel built on the property just for the event.