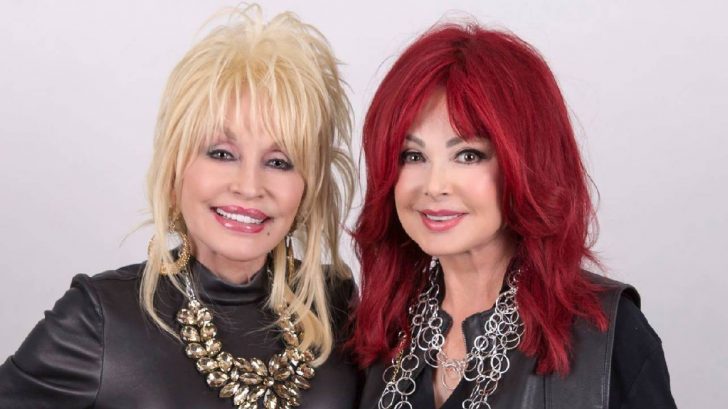 For years, a rumor has gone around that Dolly Parton has tons of tattoos, but no one has ever seen them. The reason no one has seen them is because Parton often wears long sleeves.

Finally, in a 2017 interview with Vanity Fair, Parton confirmed that the tattoo rumor was in fact true!

“I don’t really like to make a big to-do of [the tattoos] because people make such a big damn deal over every little thing,” she said in the interview. “But most of the tattoos, when I first started, I was covering up some scars that I had, ‘cause I have a tendency to have keloid scar tissue, and I have a tendency where if I have any kind of scars anywhere then they kind of have a purple tinge that I can never get rid of. So mine are all pastels, what few that I have, and they’re meant to cover some scars.”

According to Shared, those pastel tattoos she is talking about are actually butterflies, which makes total sense because the country legend loves them! Between her butterfly-inspired rides and attractions at Dollywood, to her 1974 song “Love Is A Butterfly,” to her children’s album cover, it’s pretty clear Parton adores the cute insect.

On the March 11, 2021 episode of Watch What Happens Live, Naomi Judd was a guest and she played a game called “Icon-A Ask You Some Questions,” where host Andy Cohen asked her some questions about “iconic” moments in her career.

The last question she was asked was about the most “Dolly” Dolly-ism that Dolly Parton has said to her and without even skipping a beat, Judd said, “I’ve seen Dolly naked!”

Cohen responded, “You told us that last time you were here, but you never told us where you saw her naked!”

Judd went on to explain that it took place were backstage in a dressing room at the Grand Ole Opry during an awards show.

“Can I get away with saying her symbol is the butterfly? She might have a butterfly tattoo,” Judd said coyly.

Guess that confirms that rumor as well!

Finally, Judd revealed the “Dolly-ism” Parton said to her: “If you’re like me, the older you get, the less makeup but the more underwear you wear.”

Hearing Naomi like this makes us miss her even more!