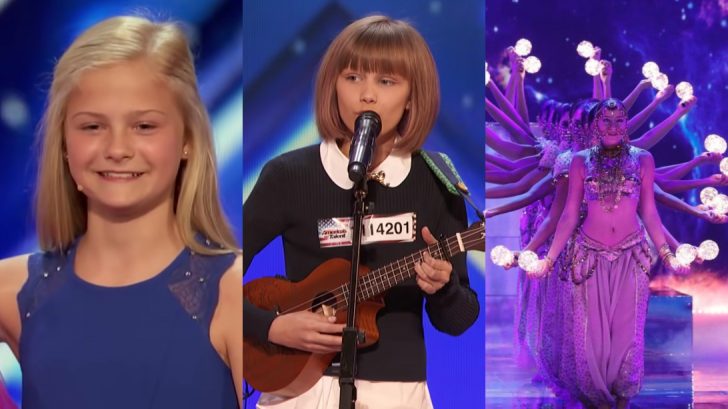 The Mayyas, a female Lebanese dance troupe, recently took home the America’s Got Talent Season 17 crown, but the win comes with a major caveat.

The Mayyas are a group of 24 dancers from Lebanon founded by Nadim Cherfan in 2012. Cherfan is a dancer himself, having attended workshops in the United Kingdom, the United States and India. He opened his own studio and offered dance classes in Beirut before forming the Mayyas.

The same year, the Mayyas competed in Britain’s Got Talent: The Champions, but failed to advance past the semi-final round.

During their audition for America’s Got Talent, the Mayyas explained that Lebanon is not a place where you can make a career out of dancing. “It is really hard. It is harder for a woman,” Cherfan said.

The group was inspired to try out for the show after seeing Nightbirde, the singer-songwriter who earned Simon Cowell’s Golden Buzzer in the previous season.

“She said, ‘We can’t wait until life isn’t hard anymore before you decide to be happy,'” Cherfan recalled.

Simon Cowell told them that they were arguably the best dance act the show had ever seen. The Mayyas audition earned Sofia Vergara’s Golden Buzzer, and ultimately the title of America’s Got Talent champions.

When the Myyas won the 2022 season of America’s Got Talent, they were promised $1 million and the opportunity to headline a show in Las Vegas.

But, the cash prize isn’t quite what it seems. A disclaimer shown in fine print at the end of the finale reveals that the million dollar prize is actually an annuity. That means that over the course of 40 years, the winner can receive and annual payout of $25,000, before taxes. Or, they can opt for a lump sum totaling roughly $300,000 instead (also before taxes).

Forbes was the first media outlet to report on the AGT payout process, but the reason for the talent show’s prize dispersement remains somewhat of a mystery. It could be due to the number of young contestants on the show whose guardians may think it better to receive the money a little bit at a time. Regardless, neither payout option totals a full $1 million as advertised by the contest, according to Forbes.

Many of the acts that have appeared on America’s Got Talent have gone on to find success after the show, proof that the publicity received from the show has the potential to give careers a huge boost.

Some of America’s Got Talent’s previous contestants are reportedly worth much more than their $1 million winnings.

According to Goldderby, ventriloquist and impressionist Terry Fator signed a $100 million 5-year contract with The Mirage in Las Vegas following his season 2 win. When his deal was about to expire, his contract was renewed for an undisclosed amount.

Season 12 winner, singing ventriloquist Darci Lynne Farmer, went on tour following her win. The tour was a massive success with 52 dates that included nine holiday-themed shows. She went on tour a second time in 2019 and now has a reported net worth of $4 million.

But, not all acts that found success after their America’s Got Talent appearance won the trophy. Violinist Lindsey Stirling and vocal group The Texas Tenors are just two acts who didn’t take home the title but found massive success away from the AGT stage.

Stirling was a season 5 quarterfinalist, launching her YouTube channel to new heights by amassing more than 14 million subscribers and 3.5 billion total views. The musician has a reported net worth of $6 million.

The Texas tenors placed fourth on season 4 and are considered one of the most successful acts to come out of the America’s Got Talent competition. The group earned five Emmy nominations and three wins after starring in their own television special following their AGT run. They have since starred in a second television special and released three albums, garnering a reported net worth of $13 million.