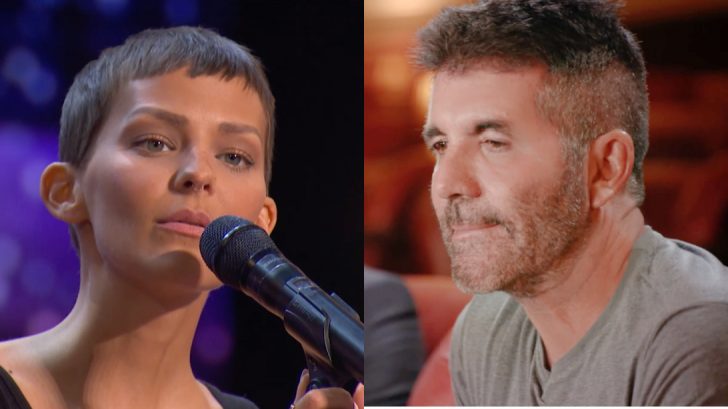 America’s Got Talent took a break from the talent contest’s usual format Tuesday night, instead airing an episode called “Simon’s Favorite Golden Buzzers.” The episode was a countdown of 15 of Cowell’s favorite golden buzzer winners over the years.

Simon Cowell was joined by host Terry Crews to count down his choices and share their thoughts on each. The episode turned emotional when Cowell revealed that his number one Golden Buzzer moment came when he awarded Jane Marczewski, aka Nightbirde, with the coveted buzzer that allowed her to advance through the auditions straight to the live shows.

“There was something really special about Jane. I adored her,” Cowell said of this singer who was actively battling cancer at the time of her audition when she sang an original song titled “It’s OK.”

Sadly, Nightbirde’s health declined as she was unable to finish her AGT run. In February 2022, she passed away at the age of 31.

“It’s difficult. I actually haven’t been able to watch this since she passed,” Cowell told Crews as he fought back tears.

As Simon and Terry watched Nightbirde’s 2021 audition again, both men were overcome with emotion.

“What was so special about Jane, in my opinion, is that she was always optimistic. Of course, she recently passed away which makes this tough. But, all she ever kept talking about was the music,” Simon recalled.

“The amazing strength she showed in the midst of incredible adversity…it was a lesson for all of us,” Terry Crews said of Nightbirde.

Simon Cowell then shared that the last time he saw the singer she told him how much being on America’s Got Talent meant to her. “All these years she’d been trying to get recognition as a songwriter, as a singer. And in an instant everything changed for her.”

Cowell added that he is often told by viewers how much Nightbirde inspired them and gave them perspective, and typifies what the Golden Buzzer is all about.

“Her Golden Buzzer will live on forever,” Simon said. “No one else, in my opinion, could be number one.”

Watch Terry Crews and Simon Cowell emotionally remember Nightbirde in the video below.