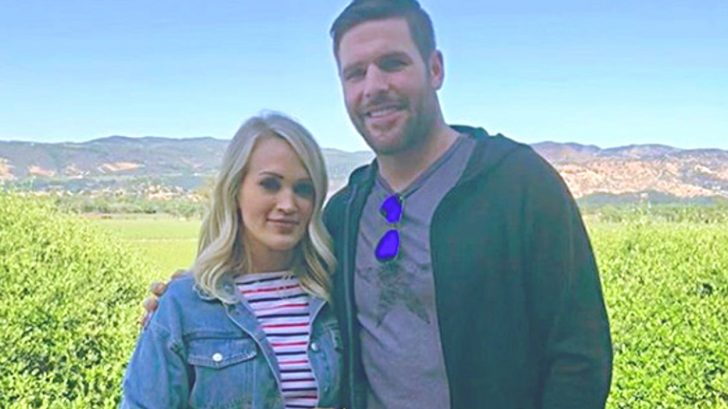 Carrie Jets Off To Napa For Festival

Prior to her triumphant performance at the ACM Awards in April (her first since suffering a major fall in November), Carrie Underwood only had a few shows on her schedule for 2018. For a while, the first known chance fans had to see her was going to be at the CMA Fest in June.

Eventually, Carrie revealed that she would be singing her new single “Cry Pretty” at the ACM Awards. But even though fans could watch her perform on TV, they didn’t have a chance to see her live until CMA Fest.

That all changed when Billboard broke the news that Carrie was scheduled as the headliner for the inaugural country edition of a three-day festival called Live at the Vineyard. The festival spanned from May 15-May 17, set in gorgeous Napa, California.

In case you hadn’t heard, Carrie’s husband, hockey player Mike Fisher, recently found himself “out of a job.” After suffering an injury that required surgery, Fisher could no longer play with the Nashville Predators.

Prior to this season, Mike had been in retirement for a number of months before he decided to return to play with the Preds. But after his injury, Mike has decided it was time for him to go back into retirement.

Since Mike has some free time now, he was able to tag along with Carrie on her trip to Napa. They made the trip a family affair, and brought along their three-year-old son Isaiah as well!

Carrie took to Instagram to share a series of photos from their mini family vacation. In just the first day alone, they saw some gorgeous scenery, got to hang out with friends, and enjoyed a delicious dinner that Isaiah helped cook!

The first of the photos that Carrie shared shows her and Mike snuggled up to each other with the beautiful California view behind them. By clicking on the arrows and scrolling through, you get a photographic vision of their entire first day in Napa.

Without a doubt, the most priceless photo has to be the one that shows Isaiah cooking dinner with chef Michael Chiarello. You can tell that Isaiah was mesmerized by the whole experience. And we’re mesmerized by how cute he is!

Napa Valley, you are my happy place! Amazing wine, beautiful scenery, wonderful friends, new places and a yummy dinner created by @chefchiarello and his apprentice, Isaiah Fisher! And that was just the first day here! Life is good…❤️❤️❤️ #napavalley #winetime #happy #IMarriedUp (And, thanks, @hunterpremo for letting me borrow your jacket!)

Looks like Carrie, Mike, and Isaiah have enjoyed themselves in Napa!

We’re so glad that Carrie decided to share these sweet family snapshots with us all. She included even more family photos in her special music video for “What I Never Knew I Always Wanted.” Enjoy it below.

Can’t wait to see even more pictures from the Fisher family’s adventures!