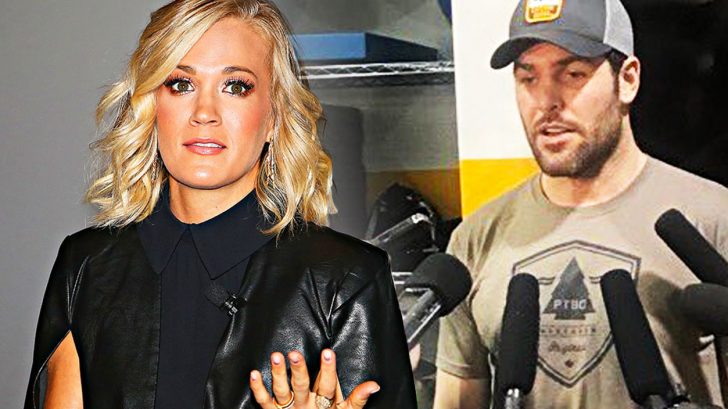 Just days after undergoing surgery for an injury that kicked him out of the running for the Nashville Predators’ final playoff game, the famous hockey player husband of Carrie Underwood is confirming what many expected…

Underwood and husband Mike Fisher have had a rough few months with each suffering a bad run-in with injuries that required significant surgery to fix.

Mike Fisher (lower body) will not play tonight and is day-to-day. #StandWithUs

Fisher, one of the Nashville Predators’ most famous team members, had just made his return to the ice after coming out of retirement in hopes to help the Predators during the playoffs. He played for 16 games in the regular season, 12 in the playoffs, but ended up with a meniscus injury that required surgery and forced him to miss game seven – which the Predators lost.

Welp, to me & our 3 year-old, @mikefisher1212 is the greatest hockey player alive & the @PredsNHL are now & forever the greatest hockey team in NHL history! ? Not the ending we wanted, but we’re alive & well & I get my hubby back, so I say God is good!

In another social media post, Underwood commented on her husband being home now and joked saying he was “out of a job” – but it looks like that wasn’t too far from the truth.

Now, Fisher has spoken out on what will officially be the end of his NHL career. In a press conference this weekend, he confirmed to reporters that he is hanging up his skates again – this time, for good.

“I’m glad I came back. It was awesome. Obviously disappointing, but that’s the way it goes sometimes. I know this team, they’ll learn and grow and be better. There’s a lot to look forward to.”

The 37-year-old hockey star and former captain of the Nashville Predators did not rule out returning to NHL or his beloved team in a different capacity – but with how this season ended, it’s likely he’d take some time off and make a decision later.

Watch Mike Fisher talk about his retirement in the video below. We wish him the best and a speedy recovery!

Mike Fisher on this being his last comeback and whether he foresees a role with the team in the future. #Preds pic.twitter.com/2qb4Y7esl5