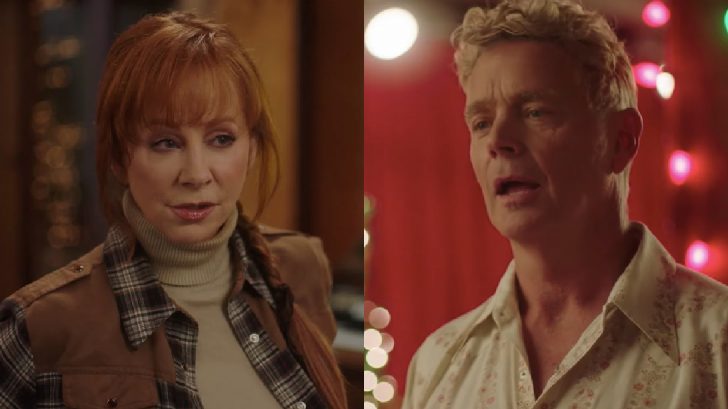 Christmastime is just around the corner and one sure-fire way to celebrate is with made for tv movies about the holiday. This year, fans of country music and Christmas movies are in for a treat as Reba McEntire and “Dukes of Hazzard” star John Schneider have teamed up for a new film scheduled to debut on Lifetime on Friday, November 26.

In a new post made to social media, Schneider shared a trailer for the movie titled Reba McEntire’s Christmas In Tune. The minute-long preview shows Candice King, who plays Belle, the daughter of estranged professional and life partners Georgia (Reba McEntire) and Joe Winter (John Schneider), asking her parents to reunite for a special fundraising concert. While neither Georgia or Joe are thrilled at the idea of performing together again, they agree for the sake of their daughter.

“Christmas In Tune is a really cute story about a man and a woman who were a duo singing partner and also married,” says Reba in a press release. “The lady is more of the singer, but the man is more the writer, but they make a good duo. And so, things went a little south and they have a beautiful daughter and things went south so they went their separate ways, and the daughter gets them back together for a military benefit at Christmas. And of course, neither one could turn her down.”

Juliet Giglio, who co-wrote the movie script with her husband Keith, revealed that the movie is full of holiday music, even one that Reba wrote just for the movie.

“Christmas in Tune was even more fun because of all the musical numbers, right up to a big ending concert that culminates the story…most of the songs are standards — although [Reba] wrote a new song for the film as well,” Oswego County Today reported.

“The music was wonderful, and Reba and John have such great chemistry,” Giglio added.

Reba McEntire’s Christmas In Tune is part of a two-film deal that the country legend signed with Lifetime. The second film is a non-holiday movie and no other details about it have been released.

See the preview of Reba McEntire’s Christmas In Tune below.